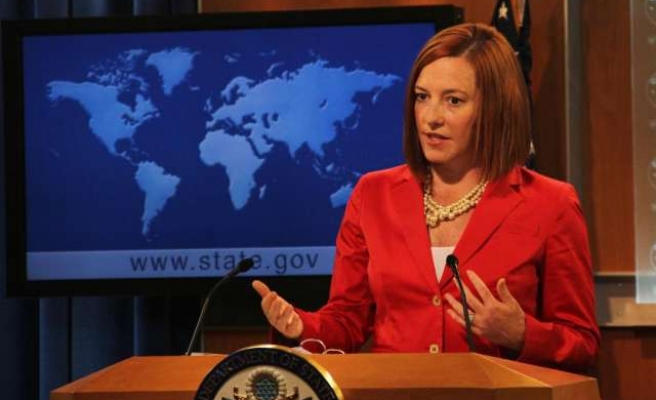 The United States on Wednesday expressed concern about the deteriorating security situation in Iraq and pledged "any appropriate assistance" to help the Iraqi government fend off a rapid military advance by Sunni militants.

State Department spokeswoman Jen Psaki said the United States believed the Baiji refinery, the country's largest oil refinery, was still under the control of the Iraqi government after militants overran the city of Tikrit on Wednesday.

"Our understanding at this point is that the refinery remains in control of the government of Iraq," Psaki told a daily briefing for reporters.

Militants from the Islamic State in Iraq and the Levant (ISIL) took over Iraq's second-biggest city, Mosul, on Tuesday and overran Tikrit on Wednesday, closing in on the Baiji refinery.

The threat to Iraq's oil supply pushed global oil prices higher to $110 a barrel, adding to concerns about a supply shortfall from Libya.

Psaki said the State Department had no confirmation of news reports that militants were heading for Baghdad. "It is a very fluid situation on the ground. We are of course very concerned about the deteriorating situation but I don't have any confirmation of those reports," she said.

Asked whether the United States was considering helping the Iraqi government regain control of its territory, Psaki said Washington had expedited shipments of military equipment to the government this year and ramped up training for security forces.

"We are working with Iraqi leaders from across the country to support a coordinated response and you can expect we will provide additional assistance to the Iraqi government to combat the threat from ISIL," she said, adding "I'm not in a position to outline that further at this point."

She said U.S. Secretary of State John Kerry spoke by phone to his Turkish counterpart, Ahmet Davutoglu, and Iraqi officials about an attack on the Turkish consulate in Mosul, where insurgents seized diplomats and children.

"We are in touch with the governments of Turkey and Iraq and stand ready to provide any appropriate assistance," Psaki added.