US scientist pleads quilty to spying for Israel

A former U.S. government scientist pleaded guilty on Wednesday to attempted espionage for trying to sell classified information to an undercover FBI agent posing as an Israeli spy. 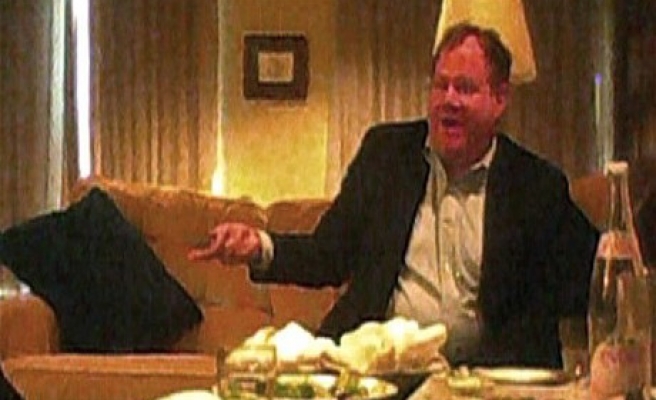 A former U.S. government scientist pleaded guilty on Wednesday to attempted espionage for trying to sell classified information to an undercover FBI agent posing as an Israeli spy.

The plea deal calls for Stewart Nozette, 54, of Chevy Chase, Maryland, to receive a sentence of 13 years in prison. The judge said at the hearing that he would accept the guilty plea and would impose the agreed-upon prison term. In court, Nozette said he understood the charge to which he was pleading. He could have been sentenced to death had he been convicted of all four counts of attempted espionage.

According to the charge, he did it with the intent to hurt the United States and to help Israel. As part of the deal, he pleaded guilty to one count and U.S. government prosecutors agreed to dismiss the remaining three counts against him.

Nozette, who had top-secret security clearances, worked for various government agencies, including the Department of Energy and the the U.S. space agency, NASA.

He worked at the White House on the National Space Council in 1989 and 1990, developing a radar experiment that helped discover water on the south pole of the moon.

Nozette also was president of the Alliance for Competitive Technology, a non-profit corporation where he had access to classified information.

Nozette has been held in jail since he was arrested on the attempted espionage charges nearly two years ago. Under the plea deal, the judge said, Nozette will receive credit for the time already served.

Also, the attempted espionage sentence will run at the same time as the sentence that he later receives for a separate tax-fraud conviction, the judge said.

Prosecutor Anthony Asuncion said at the hearing that Nozette first met with the undercover FBI agent on Sept. 3, 2009, and said, "Happy to be of assistance."

Meeting the next day, Nozette told the agent, "It's in my head" and pointed to his head, referring to classified information, Asuncion said.

Later that month, Nozette passed classified information, and received about $11,000 from the agent, the prosecutor said.

At a meeting on Oct. 19, 2009, Nozette told the FBI agent that the $50,000 that he requested was too low, Asuncion said. Nozette said the total cost to the U.S. government to develop and launch the satellite was nearly $1 billion and he should get at least 1 percent.

Nozette, wearing a prison jump suit, told the judge the prosecutor's account was correct. U.S. District Judge Paul Friedman set the next hearing in the case on Nov. 15.