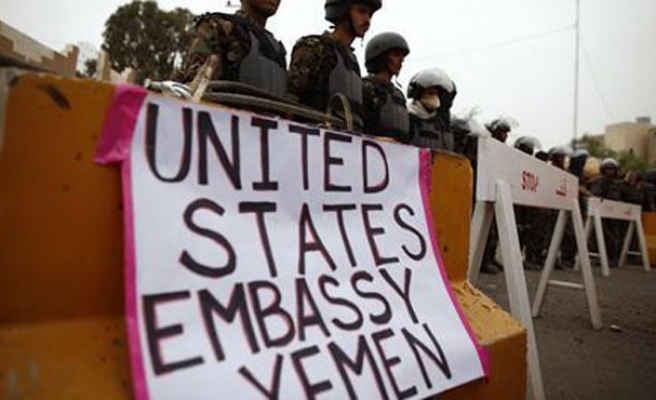 The U.S. is seeking a “peaceful transition” in Yemen, the State Department said Thursday as the country’s leadership has all but given up.

A senior leader of Yemen's Shiite Houthi movement suggested the formation of a presidential council to rule Yemen in the months to come.

In the interim, it is not clear who, if anyone, is in charge in the strife-ridden country.

“We continue to support a peaceful transition,” State Department spokeswoman Jen Psaki said Thursday, urging all parties to abide by a Gulf Cooperation Council initiative to end the violence.

Amid the instability, the U.S. is concerned about possible gains that al-Qaeda’s branch in Yemen, AQAP, might make. The group previously claimed responsibility for attacks in Paris on a French satirical magazine that ran depictions of the Prophet Muhammad.

“Our top priority in Yemen remains the counterterrorism effort where we've been targeting al-Qaeda in the Arabian Peninsula for a number of years,” Psaki said.

White House press secretary Josh Earnest told reporters aboard Air Force One that the administration is “very cognizant” of the threats the group poses to the U.S. “and to our interests around the globe.”