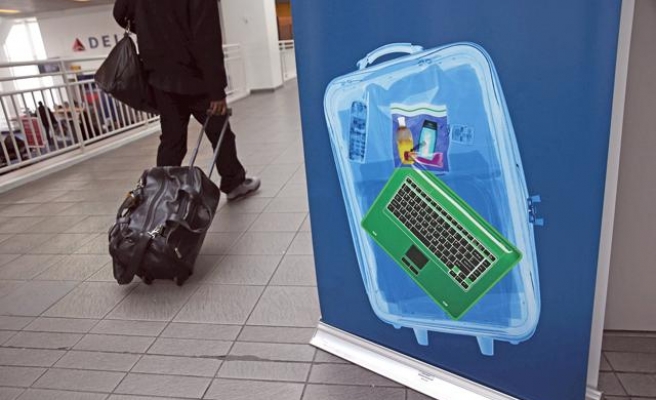 The U.S. is asking the world's airlines to institute a ban on personal electronics in checked luggage, citing a fire risk, according to a report published Thursday.

The Federal Aviation Administration (FAA) made the request in a recent filing with the UN's International Civil Aviation Organization (ICAO), according to the Associated Press.

The FAA said in the filing that its tests have shown the rechargeable batteries in personal electronic devices, such as laptops, can lead to an explosion if they overheat near an aerosol spray can, potentially disabling an airplane's fire suppression system.

Large fires also resulted when the batteries were packed next to other common goods including nail polish remover, hand sanitizer and rubbing alcohol.

The ban is going to be discussed during a two-week gathering of the ICAO currently being held in Montreal, Canada, according to the AP.

"The fires can burn up to 1,100 degrees Fahrenheit, close to the melting point of the aluminum used in aircraft construction," according to the news agency.

Three cargo jets have been destroyed and four pilots have been killed by in-flight fires linked to lithium ion batteries over the past decade, it said.