U.S. senator calls for declaration of war against ISIL

Paul said his proposal would limit the duration of military action to one year and significantly restrict the use of ground forces, the Times said 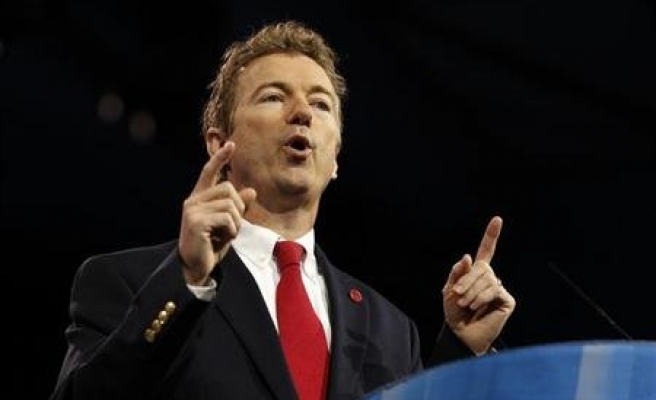 U.S. Senator Rand Paul, a possible Republican candidate for president in 2016, is calling for a formal declaration of war against ISIL militants who control parts of Iraq and Syria, the New York Times reported on Monday.

In an interview on Saturday, Paul said his proposal would limit the duration of military action to one year and significantly restrict the use of ground forces, the Times said.

His proposal differs from others circulating in Washington in that he wants to formally declare war against ISIL, which Congress has not done since World War Two, the newspaper said.

Some members of the U.S. Congress have said U.S. President Barack Obama is waging war against the  militant group without proper congressional oversight.

The administration has said Obama has the legal authority to conduct the current fight against ISIL. The campaign involves air strikes in Iraq and Syria, training and equipping so-called moderate rebels in Syria, and hundreds of U.S. military advisers helping Iraqi and Kurdish troops against the militants.

Paul said Congress had ceded too much authority to Obama because it had not developed its own policy, the Times said.

"War cannot be initiated without Congress," Paul told the Times.

"Conservatives are mad at him about immigration. And they're mad about him using executive authority on Obamacare," he said. "But this is another example where he doesn't have much respect for Congress, and some conservatives don't quite get that."