Saudis would not have taken action under Reagan, Bush, Clinton or Obama without serious repercussions, says Mark Warner 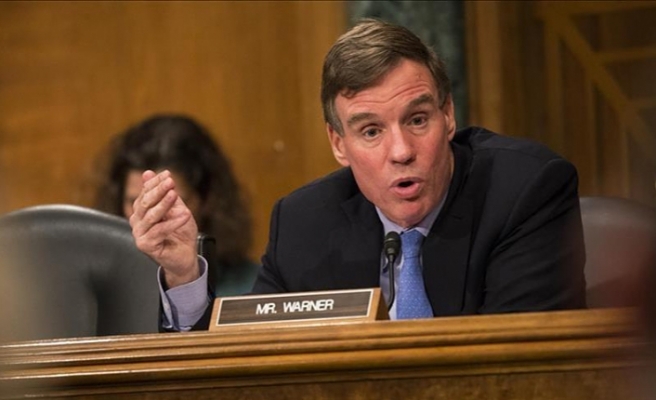 Prominent senators lashed out at U.S. President Donald Trump on Tuesday for his statement on the killing of journalist Jamal Khashoggi, saying they disagree with the decision not to punish Saudi Arabia.

Trump's statement came after the CIA released a report in which it concluded with high confidence that Saudi Crown Prince Mohammed bin Salman ordered Khashoggi's murder.

However, the president said the U.S. may "never know all of the facts" and the country will maintain its relations with Saudi Arabia in order to pursue American interests.

“Our intelligence agencies continue to assess all information, but it could very well be that the Crown Prince had knowledge of this tragic event – maybe he did and maybe he didn’t!" Trump said in the statement, which was released by the White House.

“You can’t just throw in some exclamations (!!!!), yell that the world is dangerous, and call it a press release,” Senate Minority Leader Chuck Schumer said on Twitter. “That's not how a U.S. President responds to the murder of a journalist and American resident.”

Senator Dianne Feinstein also voiced opposition to Trump's statement, saying the U.S. should be “standing up and condemning a brazen murder by a foreign government" and that all individuals involved should be held accountable.

Trump spoke to reporters in front of the White House later Tuesday and defended his statement by saying "It's America first for me".

In his statement, Trump also called the Kingdom an ally against Iran, who the U.S. calls a sponsor of terrorism.

However, Senator Rand Paul took to Twitter to voice his disagreement, saying Saudi Arabia should be punished.

“The President indicates that Saudi Arabia is the lesser of two evils compared to Iran and so the US won’t punish Saudi Arabia for the brutal killing and dismemberment of a dissident journalist in their consulate. I disagree.”

“It’s hard to imagine that the Saudis would have taken this action under a Reagan, Bush, Clinton or Obama Administration without facing serious repercussions,” he said in a statement.

"Once again, our President proves that you can’t buy a moral compass,” Ilhan Omar, one of the first Muslim women to be elected to Congress, said on Twitter.

"And Saudi Arabia proves that you can, on the other hand, buy a President," she added.

Meanwhile, senior Republican Senator Lindsey Graham, a Trump ally, noted: "I firmly believe there will be strong bipartisan support for serious sanctions against Saudi Arabia, including appropriate members of the royal family, for this barbaric act which defied all civilized norms."