US sends 'positive' signals on nuclear talks after Iran move

Iran and the United States sent positive signals on Wednesday about the possibility of fresh talks on the Iranian nuclear program. 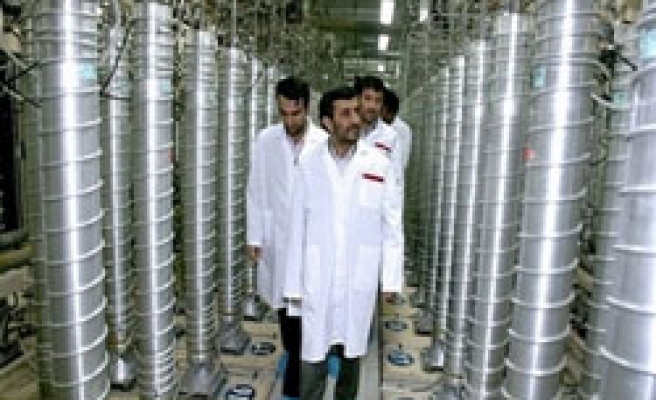 Iran and the United States sent positive signals on Wednesday about the possibility of fresh talks on the Iranian nuclear program.

Iran has given an assurance that it would stop enriching uranium to 20 percent purity if world powers agreed to a proposed nuclear fuel swap, Turkish Foreign Minister Ahmet Davutoglu told reporters in Istanbul.

The offer, conveyed to Davutoglu on Sunday, could bode well for an expected resumption of talks in September between Iran and major powers on the Islamic Republic's atomic program.

Asked about Davutoglu's comments, The United States is ready to follow up with Iran on an abortive plan to provide fuel for a research reactor in Tehran in exchange for some of Iran's low-enriched uranium, the U.S. State Department said on Wednesday.

"We obviously are fully prepared to follow up with Iran on specifics regarding our initial proposal involving the Tehran research reactor ... as well as, you know, the broader issues of trying to fully understand the nature of Iran's nuclear program," department spokesman P.J. Crowley told reporters.

"We hope to have the same kind of meeting coming up in the coming weeks that we had last October," he added.

Iran last met the United States, Britain, China, France, Germany and Russia in Geneva in October, when they discussed Iran sending some low-enriched uranium abroad in exchange for fuel for a Tehran reactor that makes medical isotopes.

In February, Iran announced that it had started enriching uranium to 20 percent purity, from about 3.5 percent previously, raising concern that it might be planning to enrich uranium still further and to produce weapons grade material.

Since June, fresh sanctions have been imposed on Iran by the U.N. Security Council, the United States, and, on Monday, by the European Union, increasing the pressure on Tehran.

One of the demands made in repeated U.N. Security Council resolutions is that Iran suspend uranium enrichment entirely.

Turkey and Brazil brokered a deal in May for a nuclear fuel swap in Tehran, hoping that this would draw Iran and major powers back to the negotiating table, but the six powers were lukewarm about the plan. At the time, Iran said it would continue enriching uranium to 20 percent.

Davutoglu, who met his Iranian counterpart Manouchehr Mottaki and Brazilian Foreign Minister Celso Amorim on Sunday, said Iran was ready to lay to rest concern over its enrichment program if the proposed nuclear fuel swap went ahead.

"Another important message given by Mottaki during his visit to Turkey was that if the Tehran deal is signed and Iran is provided with the necessary fuel for its research activities, then they will not continue enriching uranium to 20 percent," Davutoglu told a joint news conference with visiting German Foreign Minister Guido Westerwelle.

Davutoglu urged that talks on this subject with the so-called Vienna Group, comprising Russia, France, the United States and the IAEA, begin as soon as possible.

"The disagreements should be left aside and negotiations between the Vienna Group and Iran should be started right away," he said. "As progress is made in those technical negotiations, the two sides will trust each other more."

NATO-member Turkey has offered to store any swapped uranium and has gone into diplomatic overdrive in an attempt to ease tensions between Western allies and its neighbor.

"Now that that process is completed, if Iran wants to engage on these subjects we are more than happy to have that conversation," a US official said.