US soldier killed in Afghanistan 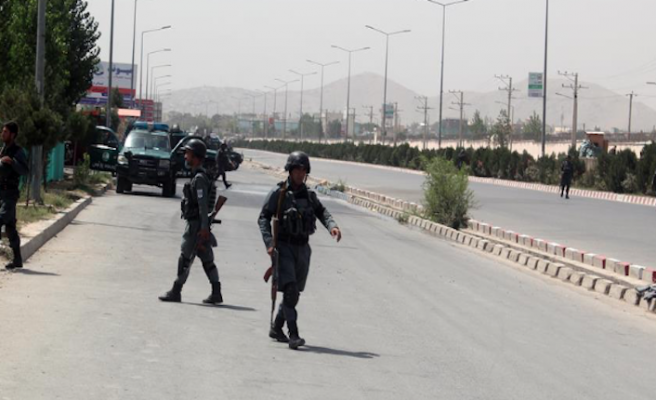 A U.S. service member was killed in Afghanistan on Saturday, the NATO-led Resolute Mission in the country said.

In a statement, the mission noted that in accordance with U.S. Department of Defense policy, the name of the service member killed in action is being withheld until 24 hours after notification of next of kin is complete.

The statement did not provide the time or place of death.

On Nov. 3, one U.S. service member was killed and another was wounded in an apparent insider attack in Kabul, Afghanistan.

Since the end of combat mission in 2014, most of the foreign troops are now only engaged with the training mission, except for the U.S. forces who continue to provide support the Afghan forces on war fronts.

Last month, Brig. Gen. Jeffrey Smiley, the commander of American forces in southern Afghanistan, succumbed to his wounds after a Taliban infiltrator opened fire in gathering of Afghan and U.S. officials in Kandahar province in which the police and intelligence chiefs for the province also got killed.

With the latest killing, nine U.S. and four coalition service members have lost their lives in the combat action this year, Maj. Bariki Mallya, spokesperson for the RSM, told Anadolu Agency.

On Friday, at least 27 members of the Afghan National Army were killed and more than 70 got wounded in a suicide attack on a mosque in Khost province.

Separately, the Ministry of Defense in Kabul said a military chopper crash-landed on Saturday in the restive Kandahar province, killing two security forces.

The Ministry said in a statement an Afghan Air Force helicopter made an “emergency landing” in Maruf district of the province.