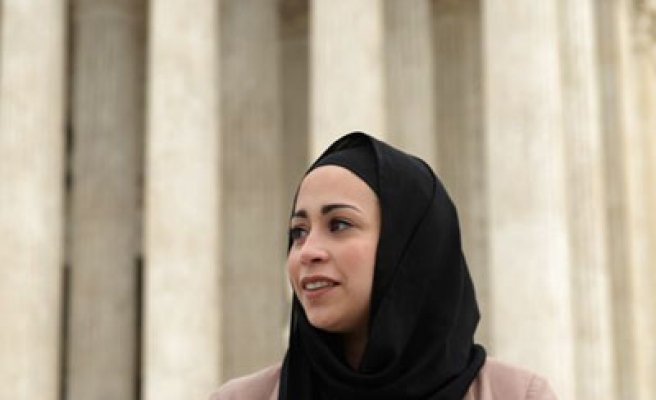 Applicant Samantha Elauf said that the company did not hire her because she wore a black headscarf during her interview.

“I learned I was not hired by Abercrombie because I wear a head scarf, which is a symbol of modesty in my Muslim faith. This was shocking to me,” Elauf said in a statement.

Elauf earned high marks during the 2008 hiring process, but the fashion retailer’s “Look Policy” prohibits black clothing, facial hair, highlighted hair, dangly earrings, and at the time of her interview it also banned the wearing of caps, including headscarves. That has since changed.

While Elauf was recommended for hiring at an Abercrombie Kids store in Tulsa, Oklahoma, the company’s regional manager downgraded her review score because of the headscarf, and she was not given an employment offer.

Abercrombie claims that Elauf did not claim a religious exemption from the policy. Discriminating against an applicant based on religion is illegal under federal law, unless the employer can prove that accommodating the applicant would impose an undue hardship.

The Equal Employment Opportunity Commission, a federal agency, filed a lawsuit on Elauf’s behalf, which it won with a jury awarding her $20,000. But a federal appeals court decided against the lower court’s ruling, leading the commission to take the case to the Supreme Court.