U.S. tells ally Bahrain 'not the time' to do business with Russia 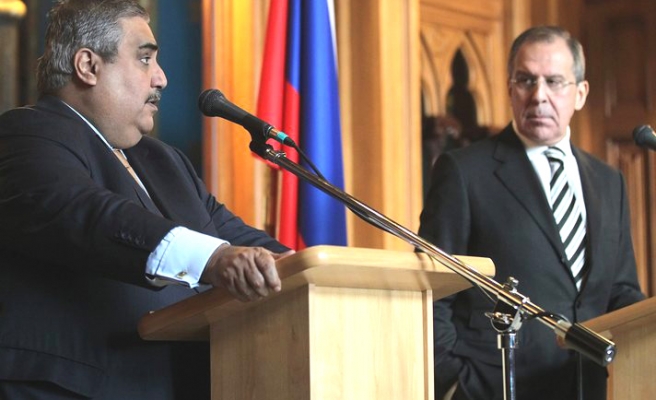 The United States disapproves of a decision by its Gulf ally Bahrain to sign an investment cooperation deal with Russia at a time when U.S. and European governments are imposing economic sanctions on Moscow over the Ukraine crisis, an official said.

"With Russia continuing its efforts to destabilize Ukraine, this is not the time for any country to conduct business as usual with Russia," a U.S. State Department official said on Wednesday.

"We have raised these concerns with the Bahraini government."

In a statement on Tuesday, the Russian Direct Investment Fund (RDIF) said it had signed a memorandum of understanding with Bahraini sovereign wealth fund Mumtalakat to identify and work together on investment opportunities in their countries.

The Bahraini fund is one of the smaller sovereign funds in the Gulf, with $7.1 billion of assets as of last September. The RDIF is a $10 billion fund created by Russia's government to make equity investments, mainly in the Russian economy.

The official Bahraini News Agency reported the deal between the funds, signed after a visit to Moscow by Crown Prince Salman Bin Hamad al-Khalifa.

Bahrain is a U.S. diplomatic ally in the Gulf, and its decision suggests Western sanctions may not deter other countries from continuing to expand business ties with Russia.

In addition, Bahrain's government has revised visa policies to make it easier for Russian citizens to travel to the kingdom on business, while Bahrain's national carrier Gulf Air will open a direct route between Moscow and Manama, the agency said.

On Monday, the United States imposed sanctions on seven Russians and 17 companies linked to Russian President Vladimir Putin. On Tuesday, the European Union announced asset freezes and travel bans on 15 Russians and Ukrainians.