US tells UN panel it prohibits torture 'at all times'

US delegation says the country is committed to abiding by a ban on inhuman treatment, as protestors picket UN panel on torture in Geneva. 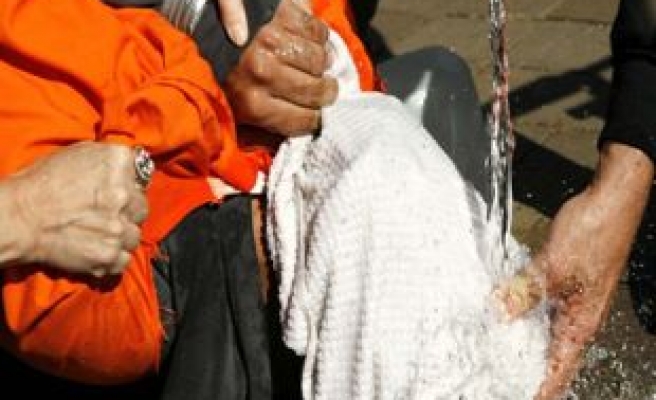 A U.S. delegation has told a UN panel on torture in Geneva that it prohibits inhuman treatment in its prisons "at all times" and "in all places."

The two-day UN panel, which scrutinized the U.S.’ record on treating prisoners, was the first such interrogation under the administration of U.S. president Barack Obama.

"The answer to the question whether the U.S. will abide by the universal ban on torture and cruel treatment in armed conflict beyond U.S. borders, including Bagram and Guantanamo, is unequivocally ‘yes’," said Mary McLeod, an acting legal advisor to the U.S. State Department, on Thursday.

On Wednesday, U.S. representatives were asked why the Guantanamo Bay detention facility in Cuba remained open although President Obama promised to close it five years ago and why many detainees remained there without charge.

U.S. delegates were also asked to account for the country’s treatment of inmates, rape in prisons, its death penalty policy and police violence.

In response to the committee's question on force feeding in Guantanamo the delegation defended it as ethical as they were "preserving life."

The delegation said that torture and cruel, inhuman, degrading treatment or punishment was "absolutely" prohibited "at all times" and "in all places."

"The U.S. and this committee share common ground and common values. We are committed to eradicating torture – period," said U.S. ambassador to the UN Human Rights Council, Keith Harper.

Harper added that the U.S. delegation accepted both criticism and praise.

Jens Modvig, one of the members of the UN committee, told Anadolu Agency that it had been a "constructive" dialogue.

The Danish director of the Prevention of Torture in Detentions NGO said he was pleased with some of the responses of the U.S. delegation but there were still some outstanding issues which were not "fully" answered.

Meanwhile, protesters outside the hearing were critical of U.S. policing and prison policies.

"We are standing in solidarity against police brutality, against color discrimination as well as for the victims abused and isolated in prisons in the U.S.," said Nikki Patin from Black Women's Blueprint, an American group which describes itself as a “civil and human rights organization.”