A filing to the secret court by U.S. government asked that Yahoo be made to pay a minimum fine of $250,000 for each day it refused to comply with a court order to turn over user data 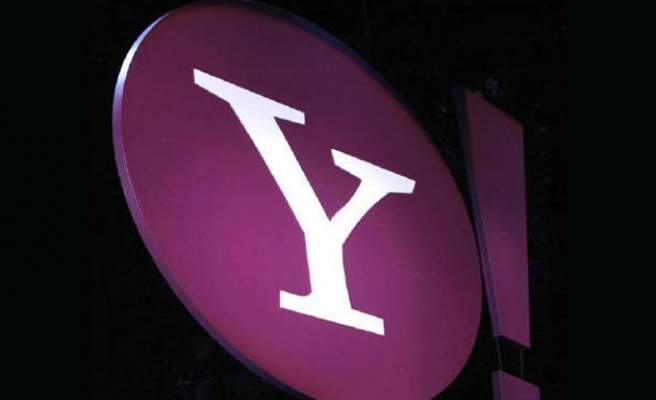 The U.S. government in 2008 threatened to fine Yahoo Inc $250,000 a day if it failed to turn over customer data to intelligence agencies, according to documents unsealed on Thursday.

The documents shed new light on how the government dealt with U.S. Internet companies that were reluctant to comply with orders from the secretive U.S. Foreign Intelligence Surveillance Court, which rules on government requests to conduct surveillance for national security issues.

"It's always been a little bit behind the curtain as to what Internet companies do when they actually receive these requests. Now we have evidence that Yahoo did in fact fight this battle and look at considerable fines as a consequence of not disclosing the data," said Marc Rotenberg, executive director of the Electronic Privacy Information Center.

"It tells us how very serious the Bush administration was about trying to get the Internet firms to turn over this data. Until the disclosure, it was mostly hearsay that they were willing to impose these penalties."

"That's heavy handed," he added, referring to the threat of fines.

A filing to the secret court by U.S. government asked that Yahoo be made to pay a minimum fine of $250,000 for each day it refused to comply with a court order to turn over user data, with the fine to double each successive week.

U.S. Internet companies want to disclose as much as they can about the little-known procedure through which federal agencies request their user data in secret courts, in part because of worries about the impact on their business.

On Thursday, Yahoo said it would begin to make public some 1,500 previously classified pages documenting a lengthy tussle with the government.

"Despite the declassification and release, portions of the documents remain sealed and classified to this day, unknown even to our team," Yahoo General Counsel Ron Bell said in a blog post on Yahoo's website on Thursday.

The Foreign Intelligence Surveillance Court, whose members are appointed by the U.S. Supreme Court chief justice, has never held a public session and generally hears only from the U.S. Justice Department and intelligence agency lawyers.

Privacy advocates said the release of the Yahoo documents, even in their heavily redacted form, provided important information about the controversial surveillance practices.

"It fills in more gaps than what we knew about the challenge," Mark Rumold, a staff attorney with the Electronic Frontier Foundation.

"The bottom line is these are federal court opinions and they are interpreting federal law in the constitution in really significant and substantial ways and they're being withheld from the public," Rumold said.

Good for Yahoo! I gave up on Yahoo years ago when Google started acting like a true internet freedom lover. Now Google has shown its true color --- NAZI SS Black. I'd switch to one of the new ISPs that are chasing the market represented by people like me but I worry how long they could resist being bought out. Yahoo can resist! I'm now a prospective customer who is watching (and cheering) to see if YAHOO can keep up its fight against the tyranny of their own government.GO-YAHOO-GO!

I can't believe the United States government is doing this. I ca assure you voters will not forget this administration's dictatorial attitude. It is not what the USA stands for.