US to deploy troops on Mexico border Aug. 1

U.S. National Guard troops will begin arriving along the border with Mexico on Aug. 1 to stem the flow of illegal immigrants, officials said. 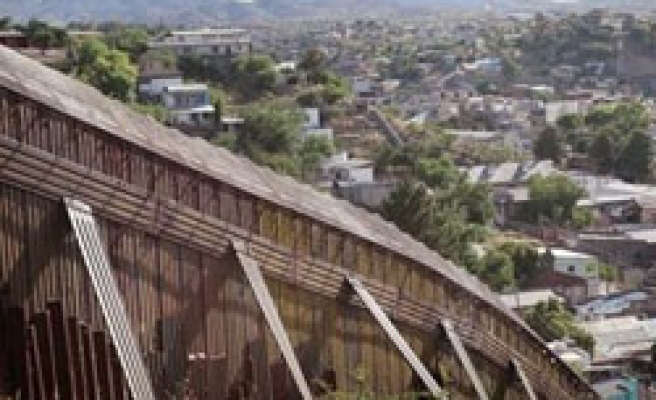 U.S. National Guard troops will begin arriving along the border with Mexico on Aug. 1 to stem the flow of illegal immigrants, weapons and narcotics, officials said on Monday.

About 300 Customs and Border Protection agents and officers also will be sent to the border region, along with additional helicopters and other surveillance equipment, they said.

"The border is more resourced and more secure than it's ever been but the work continues and the challenge remains," said Alan Bersin, commissioner of the Customs and Border Protection agency.

The Obama administration has decided to send up to 1,200 National Guard troops to the area for a year and to seek $600 million for, among other things, 1,000 new border patrol agents and unmanned aerial detection systems.

Violence along the border has been escalating in recent years. Bersin said illegal crossings have begun to fall while seizures of weapons and drugs have risen.

The largest share of the National Guard force -- 524 troops -- will go to Arizona, where state officials have complained bitterly about lack of security.

Legislators in Arizona have passed a strict law to try to crack down on illegal immigrants but the U.S. Justice Department is challenging it on the grounds that immigration is a federal issue.

The Obama administration goes to federal court on Thursday to try to block Arizona's new law, which requires state and local police to investigate the immigration status of anyone they reasonably suspect of being an illegal immigrant.

The Justice Department is among plaintiffs including civil rights and advocacy groups that have filed seven separate lawsuits seeking to block the law from taking effect on July 29.

There are believed to be 10.8 million illegal immigrants in the United States, a country of more than 300 million people.

In addition to the troops, the Immigration and Customs Enforcement agency said it would focus more on Arizona, including opening an office to curb cross-border crime and sending more attorneys to the Tucson area to prosecute criminals who have illegally re-entered the United States.

Bersin said negotiations continued with the Mexican government about using unmanned aerial vehicles to conduct surveillance flights on Mexico's side of the border but that no agreement had yet been reached.