US to pay Iran $1.7bn in debt settlement

'Iran will receive the balance of $400 million in the trust fund, as well as a roughly $1.3 billion compromise on the interest,' US State Secretary says 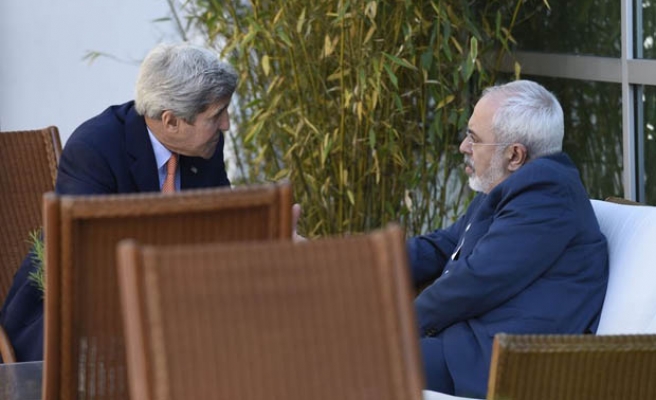 The U.S. has agreed to pay Iran $1.7 billion as part of a debt and interest settlement, U.S. Secretary of State John Kerry announced Sunday.

"Iran will receive the balance of $400 million in the trust fund, as well as a roughly $1.3 billion compromise on the interest," Kerry said in a written statement.

"Iran’s recovery was fixed at a reasonable rate of interest and, therefore, Iran is unable to pursue a bigger tribunal award against us, preventing U.S. taxpayers from being obligated to a larger amount of money," he said.

Saying that this repayment was the latest in a series of settlements reached over 35 years at the Hague tribunal, Kerry described this particular claim as a "fair settlement".

According to Kerry's statement, all of the "approximately 4,700 private U.S. claims filed against the government of Iran at the tribunal were resolved during the first 20 years of the tribunal, resulting in payments of more than $2.5 billion in awards to U.S. nationals and companies through that process".

He added that there were still pending claims, mostly by Iran against the U.S. at the tribunal.

Earlier Sunday, U.S. President Barack Obama in his speech at the White House defended the settlement. Obama said that Iran's funds and interests were being returned, "but much less than the amount Iran sought".

In 1979, Iran-U.S. diplomatic ties were severed after an Iranian revolution and ties were cut completely one year later when a group of Iranian students seized the U.S. embassy in Tehran and took 52 Americans hostage, according to the website of the U.S. State Department.

Prior to 1981, Iran used $400 million from a trust fund to purchase military equipment from the U.S, Kerry's statement said. After that, Iran filed a claim for these funds' repayment at the then-newly established Iran-U.S. Claims Tribunal in The Hague.

Kerry's remarks came after U.S. and EU lifted international sanctions on Iran Saturday following the announcement of the International Atomic Energy Agency that the country was complying with its nuclear-related obligations agreed last summer.

The world powers’ group P5+1, which includes China, France, Russia, the United Kingdom, and the United States plus Germany, the European Union, and Iran reached a nuclear framework deal on July 14, 2015, that was called the JCPOA.