US to support PYD over Turkish concern

Friends need not agree on everything, says State Department 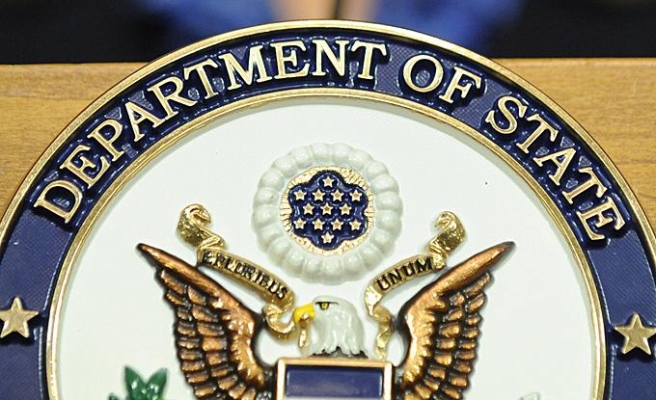 The U.S. recognizes Turkey’s concerns about Syrian Kurdish armed groups linked to the terrorist organization PKK but will continue to support them, an official said Monday.

“Even though we understand they have concerns about support to Kurdish fighters in Syria … they have been nothing but open and honest about their concerns with that,” said State Department spokesman John Kirby.

“We in turn have been open and forthright and honest about how we need to move forward as a coalition to go after this group [ISIL].

"Kurdish fighters have been some of the most successful in going after ISIL inside Syria. We have provided a measure of support, mostly through the air and that support will continue," he added.

Kirby’s comments follow remarks by Turkish President Recep Tayyip Erdogan who voiced concerns about U.S. support for YPG, the military wing of the PYD -- the Syrian branch of the PKK terror group.

"The PYD, controlled by the Qandil Mountain [where the PKK has established its headquarters since it retreated from Turkey] is supported and defended [by western powers that] ignore the YPG's ethnic cleansing activities in the region, terrorist actions, [and] cooperation with the current [Bashar al Assad’s] regime," Recep Tayyip Erdogan said Saturday at the World Tourism Forum in Istanbul.

Criticizing Washington’s characterization of the PYD as a “reliable partner” in the fight against ISIL, Erdogan urged the U.S. to show preference to its NATO ally in Turkey rather than the PYD as a partner.

Kirby said Turkey is a key ally in the fight against ISIL and, also a NATO ally, but noted that friends might not agree on everything.

"We've been managing this particular issue for quite some time. This is not a new concern," he added. "We don't, as you know, recognize he PYD as a terrorist organization."

He also pointed out the partnership between the U.S. and PYD is limited to the fight against ISIL.

Reports about U.S.-provided arms found in Turkey with PKK terrorist killed by Turkish forces, suspected to have been transferred to the terrorist group by the PYD, were brushed aside by Kirby who denied the claims, saying the U.S. provided only ammunition rather than weapons.

At the Pentagon, a spokesman said the Obama administration will support any moderate force fighting ISIL but added that the U.S. has been talking to the Turkish government about “the best way to execute that fight” against ISIL.

"We're going to continue to coordinate -- have our conversations with the Turkish government, and -- in the most appropriate fashion, and, again, focus the coalition's efforts on defeating ISIL, which is where we think Turkey and other members of the coalition want to achieve the exact same goal we do, so,” Perter Cook said, using an alternative acronym for Deash.