The court's decision not to hear the cases represented a loss for gun rights advocates, including the National Rifle Association, which was behind two of the challenges 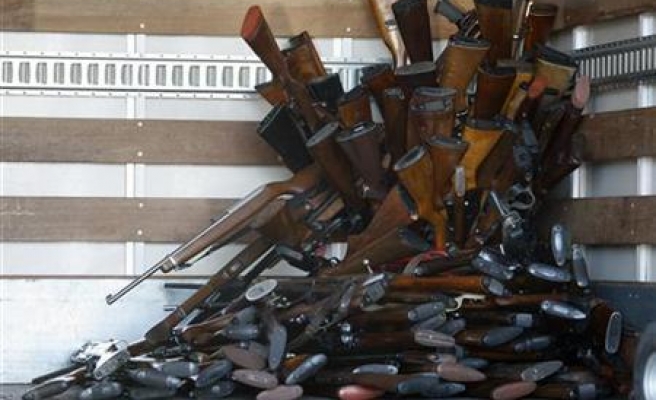 The U.S. Supreme Court on Monday declined to wade into the politically volatile issue of gun control by leaving intact three court rulings rejecting challenges to federal and state laws.

The court's decision not to hear the cases represented a loss for gun rights advocates, including the National Rifle Association, which was behind two of the challenges.

The first case involved a challenge by the NRA to a Texas law that prevents 18-20 year olds from carrying handguns in public. It also raised the broader question of whether there is a broad right under the Second Amendment to bear arms in public.

The second NRA case was a challenge to several federal laws and regulations, dating back to 1968, that make it illegal for firearms dealers to sell guns or ammunition to anyone under 21.

The third case was on the narrow question of whether consumers have the legal right to challenge laws that regulate the sale of firearms. The challenge to a federal law that restricts the interstate transport of guns, and a related Virginia law, were filed by several District of Columbia residents who wished to obtain guns via neighboring Virginia.

The court has yet to decide whether there is a right to carry guns in public, a question left unanswered in its two most recent gun-related decisions.