US 'troubled' by activists' jail sentences in Egypt 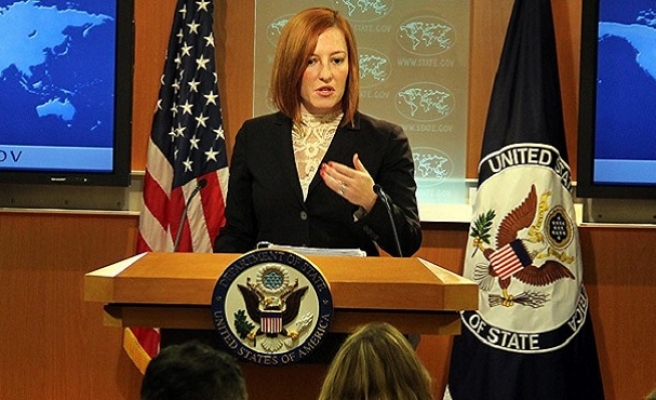 The United States is deeply troubled by the harsh prison sentences issued against 25 Egyptian activists for organizing an authorized protest, US State Department spokesperson Jennifer Psaki has said.

The comment came on Thursday a day after the Cairo Criminal Court sentenced leading activist and blogger Alaa Abd el-Fattah and 24 others to 15 years in prison on what have been described by critics as politically motivated charges.

Psaki added that the US urged Egypt's new leadership to keep its promise of inclusivity and impartiality consistent with its promise to protect the rights of all Egyptians, and to govern for all Egyptians.

"Verdicts based on these charges, all of which send a chilling message to the civil society at large do not contribute to a transition process that protects the rights of all Egyptians," said Psaki.

The arrests and charging of opposition figures, human rights activists and peaceful demonstrators has increased sharply in Egypt since the implementation last November of a law restricting rights to protest.

In March, the criminal court in Cairo sentenced 529 Muslim Brotherhood members to death. A later review of the verdict left 37 facing the death penalty.

In April, 683 Muslim Brotherhood members, including its spiritual leader Mohammed Badie, were sentenced to death on other charges.

Following pressure from the international community and mass protests around the world, the verdicts are currently pending and the trial of Brotherhood members including Badie will continue on 5 July.