'Our ambassadors tend to not do things unilaterally,' State Department spokesperson says 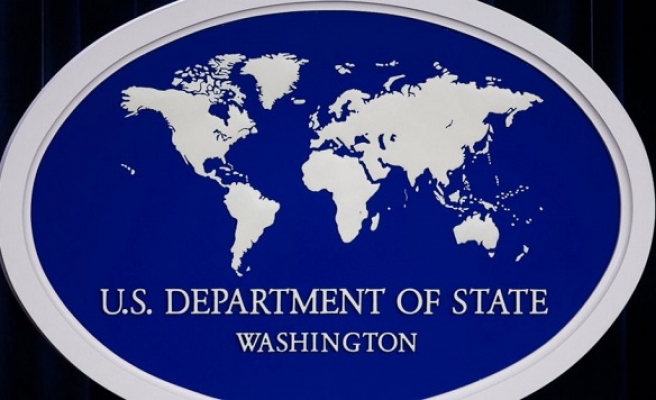 The U.S. Embassy in Turkey has taken the decision to suspend visa services in coordination with the White House and State Department, a spokesperson for the department said Tuesday.

"Our ambassadors tend to not do things unilaterally," Heather Nauert told reporters.

On Sunday, The U.S. announced the suspension of all non-immigrant visa services at U.S. missions in Turkey. The Turkish Embassy in Washington took a similar decision in retaliation.

Nauert said the U.S. was "very disappointed" by the Turkish government's arrest of two of their local staff, including Metin Topuz. Topuz, who worked at the U.S.’s Istanbul Consulate as a local employee, was remanded in custody over terror charges by an Istanbul court on Wednesday.

"Turkey had arrested this year two of our locally employed staff in different locations and then had called in a third staff member just over the weekend," she said.

According to Nauert, Turkish authorities summoned the third employee, but the person of interest has not been formally arrested yet.

In response to a question about Washington’s expectations from Ankara amid the showdown, Nauert said: "I think a good start would be to allow them access to their attorneys," referring to the two detained U.S. consular employees.

She claimed the U.S. has not seen any evidence that supports what the Turkish government accuses them of.

Nauert also said the diplomatic crisis with Turkey was discussed in a meeting that Secretary of State Rex Tillerson and Secretary of Defense Jim Mattis had with U.S. President Donald Trump.