U.S. Vice President Joe Biden says 60 percent of U.S. naval assets and air power will be stationed in the Pacific by 2020. 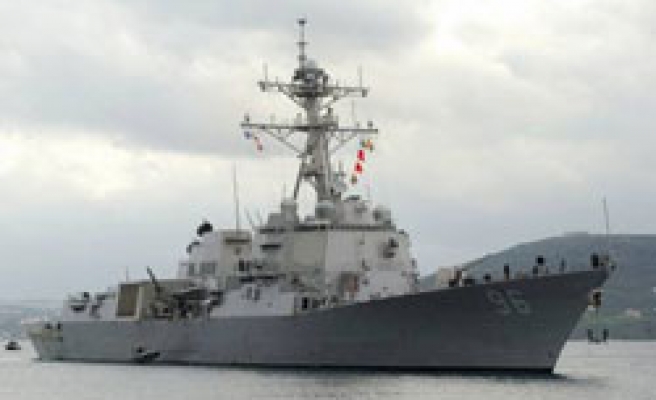 Sixty percent of U.S. naval assets and air power will be stationed in the Asia Pacific region by 2020 mainly to balance the rise of China there, U.S. Vice President Joe Biden said Thursday.

Biden was speaking at the Kennedy Forum in Harvard University in Boston, where he gave a speech.

He said the purpose of U.S. presence in the Pacific was to maintain stability in the region. However, it was also essential that the U.S. modernized its Pacific alliances, updated its posture and expanded partnerships to meet “new challenges."

The U.S. has challenged China's efforts to dominate the Pacific by supporting regional powers such as Japan.

"We’re supporting Japan’s efforts to interpret its constitution to allow it to play a larger security role," Biden said, noting that the U.S. has also reinforced its alliances with Philippines, South Korea and Australia.

Biden also stressed that managing relations with China was the most essential part of their strategy at which the U.S. must succeed.

"Nowhere is it written that there must be conflict between the United States and China.  There are no obvious impediments to building that relationship," he said. "And we’re committed to building up that partnership where we can, but to push back where we must."

He also said that the international order built “painstakingly” after the World War II and defended over the past several decades was now fraying at the seams.

Biden slammed Russia for its actions in Ukraine.

"Putin has to make a choice.  These asymmetrical advances on another country cannot be tolerated."

"We are determined that NATO itself emerges stronger from the crisis thrust on us by Russia," he said. "With our allies, we are increasing deployments on land, sea and in the skies over Central and Eastern Europe."