'I don't want to be in Syria forever,' says Trump 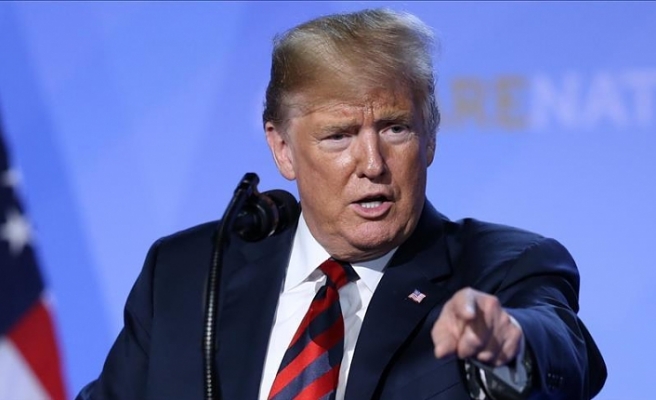 President Donald Trump said Wednesday that the U.S. wants to protect the YPG/PKK terrorist group, but rejected the presence of American troops in northern Syria "forever."

Speaking to reporters at a cabinet meeting, Trump took issue with alleged oil sales to Iran being carried out by U.S. partners, but maintained Washington seeks to ensure their safety nonetheless.

"The Kurds, our partners, are selling oil to Iran," Trump said about the YPG, the Syrian affiliate of the PKK terrorist group which has waged a more than 30-year terror campaign against Turkey, killing 40,000 people.

Trump said the U.S. was "not thrilled" of the oil sales.

"We want to protect the Kurds nevertheless," Trump added. "But I don't want to be in Syria forever. It's sand and it's death."

Last month Trump made the unexpected decision to withdraw 2,000 U.S. troops from Syria, sparking criticism from many allies and security aides, including his own cabinet.

After the announcement, Secretary of Defense James Mattis sent in his resignation letter.

The president went on to refute reports that he had given a four month time table for the withdrawal, saying that it would happen over a period of time. He, however, did not offer a clear time frame for when all U.S. troops would be out of the area.

Earlier this week, Trump appeared to back off on his original comments calling for a rapid and speedy pullout from Syria.

"We're slowly sending our troops back home to be with their families, while at the same time fighting ISIS [Islamic State] remnants," Trump tweeted on Monday, referring to the Daesh terrorist group.