US wants Turkey to 'do more' in ISIL fight 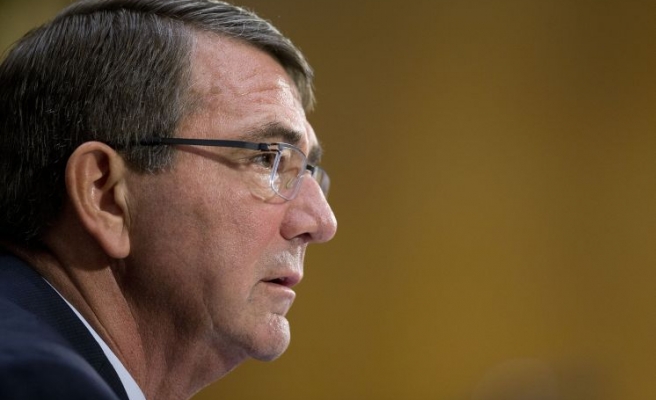 U.S. Defence Secretary Ashton Carter said Turkey "can do more" in the fight against the ISIL group, particularly by tightening its border to stop the flow of resources and foreign fighters.

"Turkey occupies a key position in the coalition -- it is hosting aircraft and making other contributions," Carter told reporters in Paris, where he has been meeting defence ministers from several countries involved in the anti-ISIL coalition.

"I do believe that Turkey can do more, and therefore the kind of campaign plan I was discussing with other ministers... would very, very much benefit from a stronger effort by Turkey," he added.

He said the priority for Turkey, a NATO member, was gaining greater control over its "long and difficult border" with Iraq and Syria.

"The Turkish border is a place where ISIL fighters have gone back and forth, logistics and supplies for ISIL have been furnished," said Carter.

"Just as I am asking everybody else in the coalition to step up and do more... just as the U.S. military is doing more, so we would like to see Turkey to do more also."