US warns Assad not to target US planes in Syria

US forces will target Syrian anti-aircraft systems if they take aim at American planes conducting strikes inside Syria, a senior US official warned 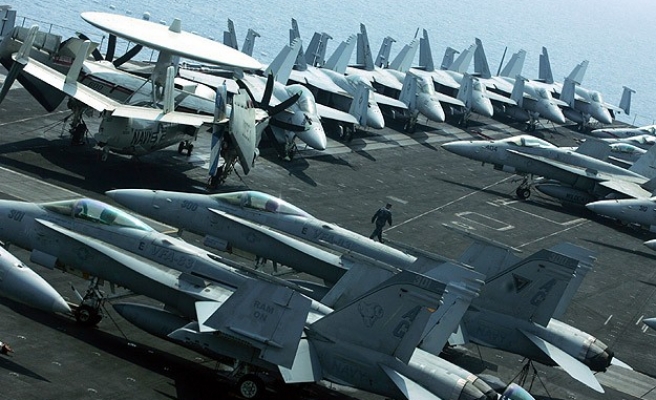 The Syrian military's air defenses would face retaliation if Syria attempted to respond to U.S. airstrikes that are expected against ISIL targets in Syria, senior U.S. officials said on Monday.

President Barack Obama's authorization of the use of American airpower against ISIL's strongholds in Syria has raised the question of whether Syrian President Bashar al-Assad would respond in some way.

Senior U.S. officials who briefed reporters said Assad should not interfere, that the United States has a good sense of where Syrian air defenses and command-and-control facilities are located.

One official said if the Assad military were to demonstrate that it was a threat to the U.S. ability to operate in the area, it would put Syrian air defenses in the region at risk.

The United States has stressed it will not coordinate with the Assad government in any way in its fight against ISIL. Obama's position has long been that he would like to see Assad leave power, particularly after using chemical weapons against his own people last year.

But airstrikes against ISIL in Syria could have the indirect effect of benefiting Assad because the extremists have been fighting the Syrian government during what is now a three-year civil war.

Washington wants to train and equip Syrian rebels who are deemed to be moderate to hold territory cleared by U.S. airstrikes.

The U.S. military has conducted dozens of airstrikes against ISIL targets in Iraq, but has yet to launch any in Syria as Obama works to solidify an anti-ISIL coalition.

The president will meet on Tuesday at the White House with retired Marine General John Allen, who is in charge of coordinating the activities of a coalition expected to include some Western allies and a number of Arab states.

A senior U.S. official said some Arab states have agreed to join the United States in launching airstrikes, but declined to identify them.