US weighs sanctions against Myanmar over Rohingya

‘Any individuals or entities responsible for atrocities must be held accountable’, says State Department spokeswoman 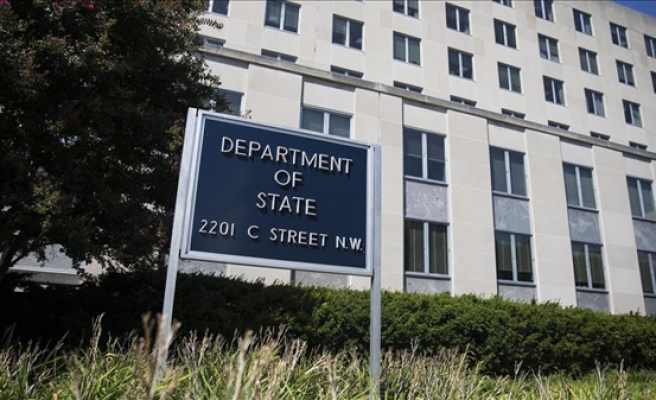 The U.S. is considering new measures and targeted sanctions against Myanmar’s military over violence in Rakhine state, the State Department said on Monday.

"It is imperative that any individuals or entities responsible for atrocities, including non-state actors and vigilantes, be held accountable," State Department spokeswoman Heather Nauert said in a statement.

“We express our gravest concern with recent events in Myanmar’s Rakhine state and the violent, traumatic abuses Rohingya and other communities have endured.”

The UN has documented mass gang rapes, killings -- including of infants and young children -- brutal beatings and disappearances committed by security personnel. In a report, UN investigators said such violations may have constituted crimes against humanity.

"We are exploring accountability mechanisms available under U.S. law, including Global Magnitsky targeted sanctions," it said, referring to the Global Magnitsky Act -- an expanded version of the Magnitsky Act, a law passed by the U.S. Congress in 2012 that imposed visa bans and asset freezes on Russian officials linked to the death of Russian tax accountant and whistleblower Sergei Magnitsky in a Moscow prison in 2009.

It said measures already taken include ending travel waivers for current and former members of the military in Myanmar and barring units and officers in northern Rakhine state from U.S. assistance.

“We have rescinded invitations for senior Burmese security forces to attend U.S.-sponsored events," it added.

Burma is the U.S. government's preferred name for Myanmar.

In addition, Nauert emphasized that the U.S. in cooperation with international partners urges Myanmar to enable access to relevant areas for the U.N Fact-Finding Mission, international humanitarian organizations and media.

Since Aug. 25, an estimated 603,000 Rohingya have crossed from Myanmar's western state of Rakhine into Bangladesh, according to the UN.

The refugees are fleeing a military operation in which security forces and Buddhist mobs have killed men, women and children, looted homes and torched Rohingya villages. According to Bangladeshi Foreign Minister Abul Hassan Mahmood Ali, around 3,000 Rohingya have been killed in the crackdown.

"The government of Burma, including its armed forces, must take immediate action to ensure peace and security; implement commitments to ensure humanitarian access to communities in desperate need; facilitate the safe and voluntary return of those who have fled or been displaced in Rakhine state; and address the root causes of systematic discrimination against the Rohingya by implementing the Rakhine Advisory Commission's recommendations, which includes providing a credible path to citizenship. We are ready to support these efforts," the statement added
Last Mod: 24 Ekim 2017, 09:48
Add Comment