The White House reiterated that those responsible for the violence must be held accountable. 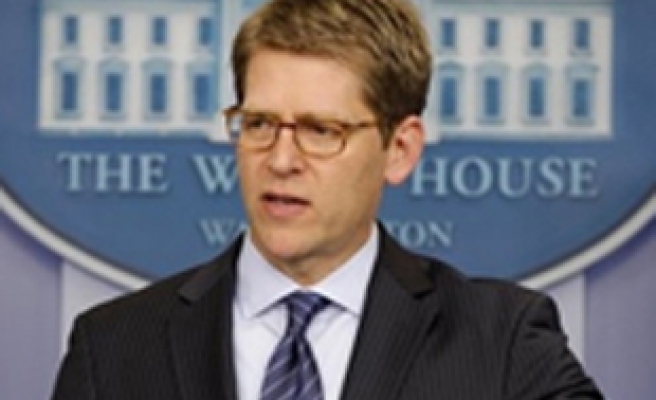 The United States on Friday welcomed a deal aimed at halting bloody clashes between government forces and protesters in Ukraine and said Russia played an "important role," but added that Washington remains prepared to impose fresh sanctions if needed.

Carney said the United States welcomed the agreement and that the efforts of the French, Polish and German foreign ministers as well as U.S. leaders helped bring about the deal. He added that "Russia witnessed the agreement and ... played an important role in that respect."

"It is in Russia's interest that Ukraine not be engulfed in violence - Kiev or other places - and that it return to stability, and that progress be made toward a future in Ukraine that reflects the will of the Ukrainian people," Carney told a news briefing.

"So it's very important to view this not as a tug of war between East and West or the United States and Russia," Carney added.

In an earlier statement, Carney said that following the agreement on the peace deal, "the focus must be on implementing this agreement, which we will be monitoring closely."

Senior U.S. officials had been preparing new sanctions to impose on Ukraine's government after dozens of people were killed in Kiev during mass demonstrations this week.

The White House reiterated that those responsible for the violence must be held accountable. "We remain prepared to impose additional sanctions as necessary," Carney said.

The White House statement said details of the agreement are consistent with what the United States has been urging, such as a de-escalation of the violence, constitutional change, a coalition government and early elections.

"We support the efforts of all those who negotiated this agreement, commend the courageous opposition leaders who recognized the need for compromise, and offer the support of the United States in its implementation," Carney said.

The initial steps should be implemented immediately, including an end to violence, in order to provide space for the negotiations to begin on a formation of a technocratic coalition government, the statement said.