US will not release 22 'top secret' Clinton emails 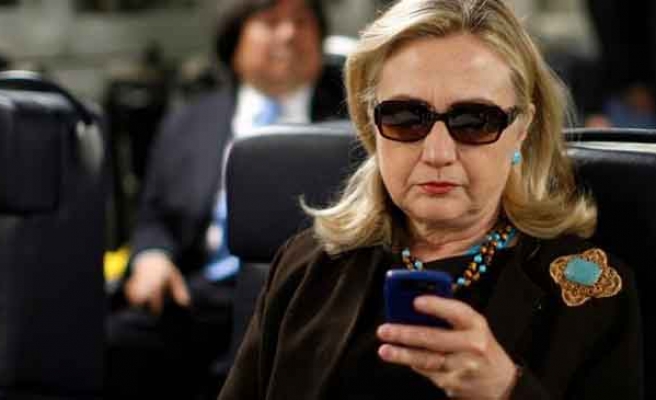 "Top secret" material was sent through Hillary Clinton's private email server during her tenure as secretary of state, it was revealed Friday, just days before voters cast their first ballots in the presidential campaign.

State Department spokesman John Kirby said the emails, which he described as "22 documents covering 37 pages" from seven email chains during Clinton's tenure as secretary of state, would therefore not be released publicly.

Another 18 emails, from eight email chains, sent between then secretary Clinton and President Barack Obama will also not be released. But Kirby said those exchanges did not contain classified information.

Although emails previously released by the State Department have been partially redacted due to the nature of the information they contained, this was the first time entire messages were withheld.

The revelation about the top secret emails comes three days before Clinton -- the frontrunner for the Democratic presidential nomination -- goes to battle in the Iowa caucus, the first time the public will cast ballots on the long road to Election Day in November.

"These documents were not marked classified at the time they were sent," Kirby told a news briefing, explaining that the emails had been reviewed prior to public release and found to contain top secret information.

"The documents are being upgraded at the request" of US intelligence agencies.

Senator Dianne Feinstein, the vice chair of the Senate Intelligence Committee, said that "none" of the email chains originated with Clinton or contained the mandatory markings that are required to accompany classified information when shared.

She described the material as being contained in 22 separate emails.

"The only reason to hold secretary Clinton responsible for emails that didn't originate with her is for political points, and that's what we've seen over the past several months," Feinstein added.

Clinton's campaign reacted with fury to the announcement, demanding that the emails be released in full, to defuse a burgeoning scandal that could critically damage her 2016 presidential hopes.

Kirby said the State Department was separately investigating whether those emails should have been marked classified at the time. The FBI is also probing Clinton's use of a private email server.

"If someone on my staff did what she did, you know what would happen? They would be fired and they would be prosecuted," said Senator Marco Rubio.

"She is disqualified just because of that."

Republican National Committee Chairman Reince Priebus said that with the latest revelations, "Hillary Clinton has removed all doubt that she cannot be trusted with the presidency."

He said her use of a private server "put our national security and diplomatic efforts at risk."

Rival Democrat Bernie Sanders, however, called for the legal process reviewing the emails to "not be politicized."

In a memorable campaign line, he said during an October presidential debate as he turned to face Clinton: "The American people are sick and tired of hearing about your damn emails."

Clinton's successor as US Secretary of State, John Kerry, refused to be drawn on the widening scandal and whether the use of a private server to send the emails had threatened national security.

"I can't speak to the specifics of anything with regard to the technicalities, the contents, what may or may not have taken place with respect to her personal server because that's not our job. We don't do that," he told reporters.

"We don't know about it. It's in other hands," Kerry said, explaining that the State Department's responsibility was to release the mails according to the court order and not to comment on their contents.

In the buildup to the scheduled late Friday document dump, several leaks to US media had suggested that highly secret information had been found on Clinton's private server, which she used while in office instead of an official government account.

The revelation of the so-called "homebrew" server was an early embarrassment for her campaign, but she has long insisted that no information marked as classified had been put at risk by her unusual arrangement.

Her campaign returned to this theme in her statement.

"After a process that has been dominated by bureaucratic in-fighting that has too often played out in public view, the loudest and leakiest participants in this interagency dispute have now prevailed in blocking any release of these emails," it said.

"This flies in the face of the fact that these emails were unmarked at the time they were sent, and have been called 'innocuous' by certain intelligence officials."