Tuesday's announcement of the date sounds the starting gun for what is expected to be a close race between Chavez and an opposition unity candidate to be picked in a February primary. 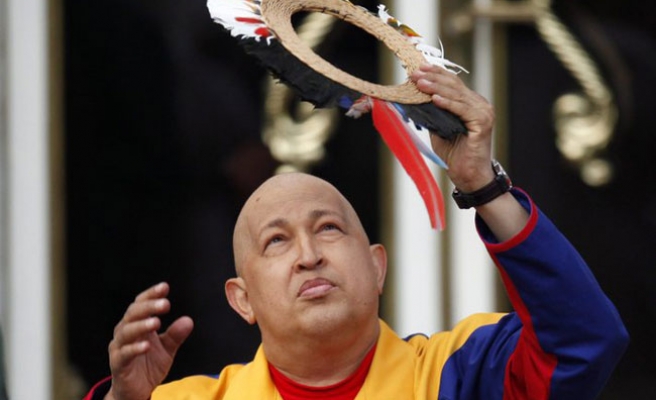 Venezuela's presidential vote will be held on October 7 next year when Hugo Chavez hopes to win re-election and cement his socialist "revolution" in South America's largest oil exporter.

Tuesday's announcement of the date sounds the starting gun for what is expected to be a close race between Chavez, who is being treated for cancer, and an opposition unity candidate to be picked in a February primary.

Chavez, 57, has dominated politics in Venezuela since 1999 and said on Tuesday he expects to rule for at least two more six-year terms until 2025.

The National Election Board's announcement of an October 7 date ended months of speculation over the timing of the vote.

The opposition has scheduled its primary election for February 12, with a youthful state governor, Henrique Capriles Radonski, the favorite to win.

The October date gives them plenty of time to run a campaign, and also gives Chavez more than a year to get his health back on track. He is due to start a fourth round of chemotherapy within days, after cancer surgery in June.

Boris Segura, senior economist at Nomura International Securities in New York, said election authorities had chosen a sensible date, even though they had brought it forward from December when Venezuela traditionally holds presidential votes.

"This is very constructive news, in that it provides the opposition with enough time to campaign after it chooses its candidate in February," he said.

Opposition leaders, who had feared the election may be brought even further forward to try and wrongfoot them, expressed satisfaction.

"Elections in October 2012 allow us a long and comfortable campaign," one of them, Henry Ramos Allup, told reporters.

Analysts say up to a third of Venezuelans remain undecided ahead of the presidential vote, meaning the campaign period will be crucial and potentially fiery.