War on ISIL needs 'boots on ground': US

'Air power is extremely important. It can do a lot but it can't do everything,' US air force secretary says 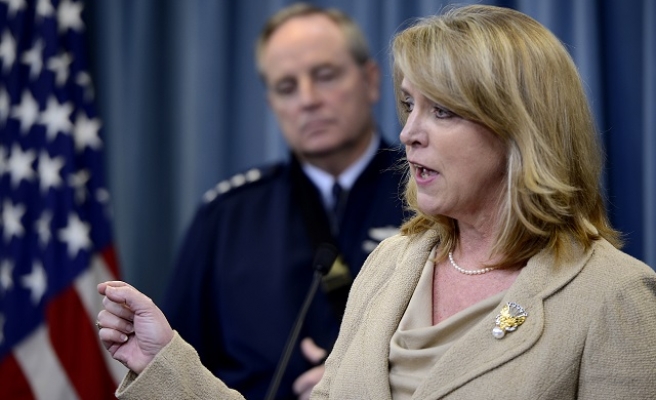 The air campaign against the ISIL group has made progress in degrading the extremist organisation but will not be enough without local boots on the ground, the U.S. air force secretary said on Tuesday.

The comments from Deborah Lee James come just days after Pentagon chief Ashton Carter raised the possibility of deploying additional U.S. special forces personnel to Syria if more partners can be found among local forces on the ground.

"Air power is extremely important. It can do a lot but it can't do everything," James said.

"Ultimately it cannot occupy territory and very importantly it cannot govern territory," she told reporters at the Dubai Airshow.

James cited the "Iraqi army, the Free Syrians and the Kurds" as forces to support in the fight against ISIL.

A U.S.-led coalition has been carrying out air strikes against ISIL in Iraq and Syria for more than a year in a campaign that has seen the extremists lose some territory but also make new gains.

The White House announced on October 30 that U.S. President Barack Obama had authorised the first sustained deployment of "fewer than 50" special force personnel to Syria, reversing a longstanding refusal to put U.S. boots on the ground.

And in an interview on Sunday, the Pentagon chief said that more U.S. troops could "absolutely" be deployed to Syria if Washington identifies more "capable local forces" as partners in the fight against ISIL.

While U.S. troops are believed to have carried out covert missions in Syria before, they had not previously been deployed there on a continuous basis.