The MI-5 officers testified in the trial of Naseer, who the U.S. government says took part in a plot to carry out bombing attacks in the United States and Europe. 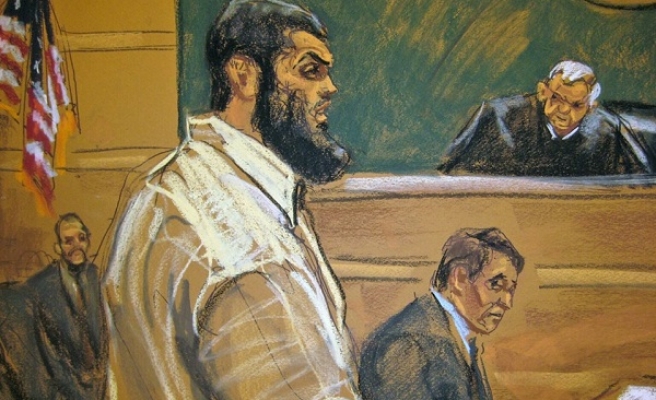 British MI5 officers, wearing wigs and makeup to hide there identities, testified in U.S. court on Tuesday about their surveillance of an accused al Qaeda operative who is charged with plotting an attack in England.

The four men and one woman with Britain's domestic counter intelligence agency who testified in federal trial in Brooklyn, New York, of Pakistani-born Abid Naseer were not identified by name, only by number.

The officers testified that as part of "Operation: Pathway," they in 2009 observed Naseer and others in Manchester, England, going to a mosque, cyber cafe and the city center.

They said Naseer, 28, who was given the code-name "Small Panel" during the operation, while three others he was seen with they called "Glass Pendant," "Happy Skater," and "Undercurrent."

Officer 1498, a man who in court had dark skin, black hair, a beard and glasses, testified to at one point in April 2009 seeing Naseer after an earlier visit to the cyber cafe picking up fruits and vegetables.

Prosecutors say Naseer, who was arrested that month, used a cyber cafe to send messages to a Pakistan-based al Qaeda facilitator to discuss a plot aimed at a shopping center in Manchester that was never carried out.

The attack was one of three that al Qaeda cells were working on at the time, along with plots against the New YorkCity subway system and a Copenhagen newspaper, prosecutors say.

Prosecutors have called the officers' testimony "essential," as they were the only witnesses to activities Naseer undertook while preparing an attack.

The MI5 officers all appeared in court wearing glasses and had dark to gray hair, though it was unclear if they all were wearing wigs.

Media courtroom artists were restricted by U.S. District Judge Raymond Dearie to drawing the covert operatives with only "blank faces" and "generic hair."

He was arrested in Britain in 2009 along with a dozen men on suspicion of plotting the Manchester attack. No charges were brought, and a British court blocked Naseer's deportation.

Naseer was re-arrested in Britain in 2010 after the United States indicted him and he was extradited in 2013.