What you need to know about US midterm elections

Much at stake for Democrats, Republicans as U.S. President Donald Trump seeks to round out the first term 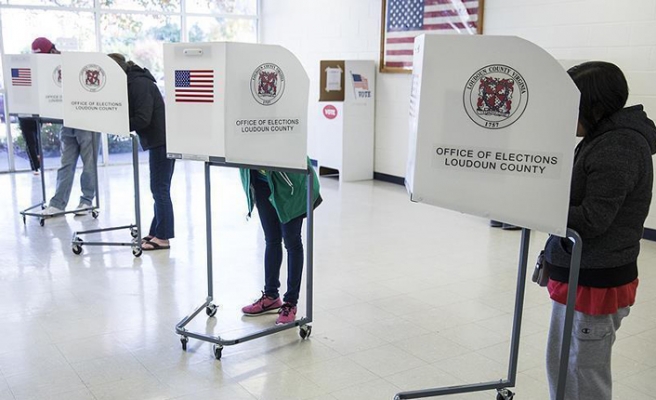 On Nov. 6, Americans across the U.S. will flock to polling stations, voting for governors, local officials and members of Congress in the midterm elections.

At stake in the biennial polls is nothing less than the future of U.S. President Donald Trump’s legislative agenda.

Republicans currently hold a razor-thin one-seat majority in the Senate, and while their hold on the House of Representatives is far firmer, it is most threatened in that chamber. The party can ill-afford to lose either.

Every House member’s seat will be up for grabs in this fall's elections, as will just over one-third of Senate seats.

Whether Trump will prove to be a boon or an albatross for the Republicans is unclear amid predictions of a possible blue wave, or massive legislative inroads for the Democratic Party.

Democrats are seeking to seize on discontent that has fomented among some segments of American society following Trump’s successful 2016 White House bid, particularly those who take issue with his personal life, controversial policies -- notably his hardline immigration crackdown and efforts to roll back the U.S.’s universal healthcare law -- and unorthodox approach to the American presidency.

With just five weeks until Americans cast their ballots, a record number of voters are saying the issue of which party controls Congress will be a factor in how they will vote, according to the Pew Research Center.

Nearly three-quarters of registered voters say that is an issue for them, while roughly 60 percent say their view of Trump -- good or bad -- will factor into how they vote.

The majority of that block -- 37 percent -- say their vote will be “against” him, while 23 percent say it will be “for” him, according to Pew.

This year’s midterms feature a handful of close races, including in Texas, where incumbent Senator Ted Cruz is facing an improbably tight race against Democratic Representative Beto O’Rourke, and Arizona, where incumbent Republican Jeff Flake is retiring his seat. Democrats are hoping to claim victory in both of those races.

Democrats, however, hold five of the seats in direst jeopardy.

That means Republicans have a lock on 48 of their seats, either because they are not up for election or because Democrats are highly unlikely to win the seat, while Democrats securely hold 43 seats.

The Senate’s two Independents caucus with the Democrats, and both are expected to keep their seats.

In the 435-member House, however, the likelihood that Republicans will maintain their hold is increasingly in doubt.

Either party will need to claim a 218-seat majority to control the chamber, a challenge that may prove insurmountable for Republicans.

The party currently holds a 43-seat advantage in the House but is facing serious challenges to 38 seats it currently controls. Only two such tight races are for seats held by Democratic incumbents.

In addition to those 40 races, Democrats appear likely to take three seats from Republicans with an additional 11 currently held by Republicans now leaning Democratic.

Should Democrats take either chamber, that would mark a major upset for the president, who is seeking to round out his four-year term with major legislative victories.

Democrats have staunchly opposed his major policy objectives, particularly his demand for a wall along the U.S.’s southern border with Mexico and full repeal of former President Barack Obama’s landmark universal healthcare law.

Should Democrats take either, or possibly both chambers, Trump would be forced to come to terms with a legislature no longer in the hands of his allies.

While that would indeed complicate his ability to realize some of the goals that have eluded him in his first two years, should Republicans lose the Senate, the president would have to moderate his nominees to head federal agencies and, importantly, the Supreme Court.

Trump has so far successfully nominated one conservative jurist to the top court with a second judge’s nomination mired in sexual assault allegations. It is unclear if Brett Kavanaugh will receive Senate approval.

In additional to the federal legislature, Americans will be voting on dozens of state governors and troves of other local officials and referendums.

Across the nation, some 40 Muslim-Americans are in the running for a variety of state, local and federal posts, according to Jetpac, a nonprofit working to increase Muslim-American civic engagement.

Of the Muslim-Americans who are still running, five are seeking seats in the House of Representatives, seven are running for county positions, 14 are running for seats in state legislatures, 11 are running for municipal-level posts, two for judicial seats, and one -- Keith Ellison -- for a state-wide position.

“This is the highest level we’ve seen since 2000,” when 700 Muslim-Americans ran for office and 153 actually won those elections, Kennedy said.