White House: Most children crossing border to be sent home

White House spokesman Josh Earnest said most of the border-crossers would not qualify for humanitarian relief that would allow them to stay in the United States. 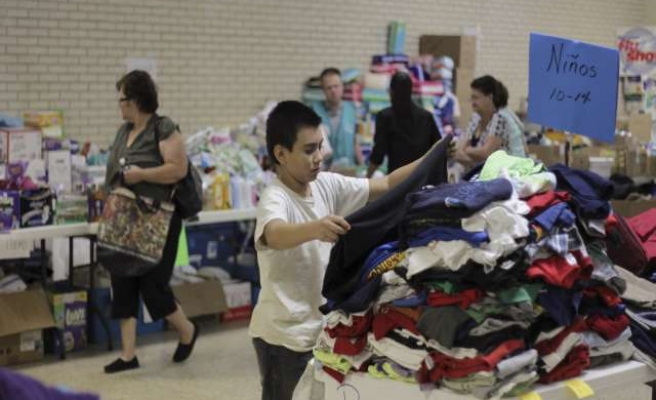 The White House said on Monday that most unaccompanied minors flooding into the United States from Central America will not be allowed to stay as the Obama administration prepares to ask Congress for $2 billion to address the border crisis.

White House spokesman Josh Earnest said most of the border-crossers would not qualify for humanitarian relief that would allow them to stay in the United States.

Those who possibly could qualify for asylum are children who have been victims of domestic abuse. Minors who fled Central America because of gang-related violence could have a harder time qualifying for asylum, according to immigration experts.

The strong warning came as the White House is expected to lay out on Tuesday what it wants in an emergency funding request to the U.S. Congress to deal with the flood of children overwhelming U.S. immigration officials.

The money will go toward more detention facilities to house the children and additional immigration judges and asylum officials for faster hearings.

More than 52,000 unaccompanied minors from Guatemala, El Salvador and Honduras have been caught trying to sneak over the U.S.-Mexico border since October, double the number from the same period the year before. Thousands more have been apprehended with parents or other adults.

Many are fleeing extreme poverty, gangs and drug violence in Central America, as well as rumors perpetuated by human smugglers that children who reach the U.S. border will be allowed to stay.

Separately, the administration plans to ask Congress to alter a 2008 law about human trafficking to expedite the deportation process. Some of President Barack Obama's Latino allies oppose this because they see the children as victims of desperate situations in their home countries.

Obama is due to visit Texas this week to raise money for Democratic candidates running in November congressional elections, but the White House said he would not visit the border, a sign that officials do not see a political upside.

While White House officials anticipate some Republican criticism over the emergency funding request, one senior House Republican aide, who asked not to be identified, said this measure could attract less opposition than some previous ones.

"There is a feeling that it's clear more resources are needed" to deal with as many as 150,000 unaccompanied minors from Central America who could arrive at the border during the current fiscal year, the aide said.

A senior Senate Republican aide, however, said party support for an emergency spending bill will not be known until senators see administration details.

House and Senate appropriations panels can alter Obama's request before sending him any legislation to be signed into law.