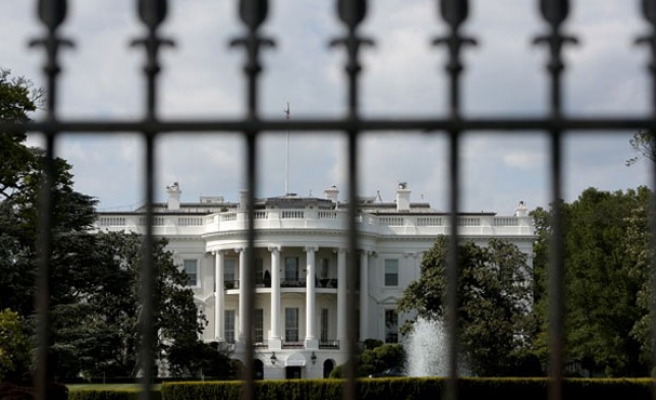 An indictment on federal charges of Donald Trump's former campaign chairman is completely unrelated to the president, the White House said Monday.

Paul Manafort and his business associate, Rick Gates, surrendered to the FBI earlier in the day on charges of conspiracy against the U.S. and money laundering.

Both men pleaded not guilty to all charges.

The government asked the court to set Manafort’s bail at $10 million and Gates at $5 million, along with home arrest for both men.

The charges have been issued as Special Counsel Robert Muller investigates a possible connection between the Trump campaign and Russia’s alleged interference in the 2016 U.S. presidential election.

Sanders said Trump hired Manafort in 2016 to help with the Republican National Convention, and was let go not too long after.

"We know that they [Trump and Manafort] haven't spoken in several months," she said. "The last known conversation was back all the way to February. And as far as anything beyond that with Paul, I'm not sure."

Sanders also tried to downplay a guilty plea earlier this month by George Papadopoulos, a former foreign policy advisor to the Trump campaign.

Papadopoulos admitted to lying to the FBI about trying to set up a meeting between Trump campaign officials and the Russian government that reportedly had “dirt” on presidential rival Hillary Clinton.

The White House press secretary said Papadopoulos was an unpaid member of a volunteer advisory council and met Trump once during the campaign.

"The only interaction I'm aware of that deals with this individual [Papadopoulos] was him reaching out and being repeatedly denied," Sanders continued.

"So any actions that he took would have been on his own. And you'd have to ask him about those because I can't answer," she said.

Papadopoulos’ admission creates a link between the Trump campaign and Russian officials and couple possibly lead to the president.

Sanders said Trump had “no intention or plan” to fire Mueller from leading the probe into Russia’s alleged election interference.