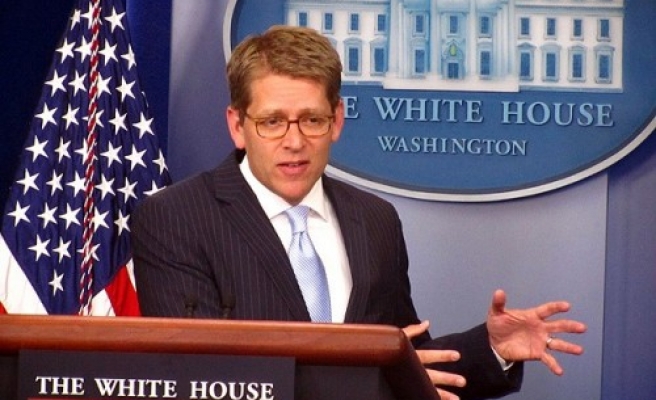 The United States considers Russia's plan for stripping the Syrian government of chemical weapons as a "real opportunity," White House Spokesperson Jay Carney said at a daily briefing on Wednesday.

"Russia has played the role of blocking international efforts, thus far, to hold Assad accountable. And the proposition that they put forward to deal with Assad's chemical weapons presents a real opportunity, if it were to be successful."

Carney described Russia’s initiative as a "welcome development," while warning that there was still "reason to be skeptical."

"Russia is engaging with the United States and other members of the United Nations Security Council and other participants in this process. And we will see where it leads. It is certainly too early to tell if it will be successful, and there is certainly reason to be skeptical," he said.

US President Barack Obama was still keeping the military option on the table, Carney said, even though a Congress vote on Syria expected this week was delayed after Russia made its proposal.

"The president asked for a delay in that vote because we're exploring a diplomatic avenue," Carney said. "What remains true is that the credible threat of U.S. military action is on the table."

Following weeks of heated speculation on a US-led military response to last month's gas attack in Syria that killed nearly 1,500 people, the US seems close to doing away with plans of punitive use of force against the Syrian government in favor of a diplomatic move.

It involves Syria yielding control of its chemical weapons arsenal, in line with a Russia-initiated plan this week that has won broad backing from the United States and its allies and has been accepted by Bashar al-Assad's regime.

The move also includes the prospect of Syria becoming a signatory to the Chemical Weapons Convention, which it refused to sign twenty years ago.