'We were looking forward to hosting the bilateral meeting, and we were surprised to first learn via media reports that the prime minister... opted to cancel his visit' 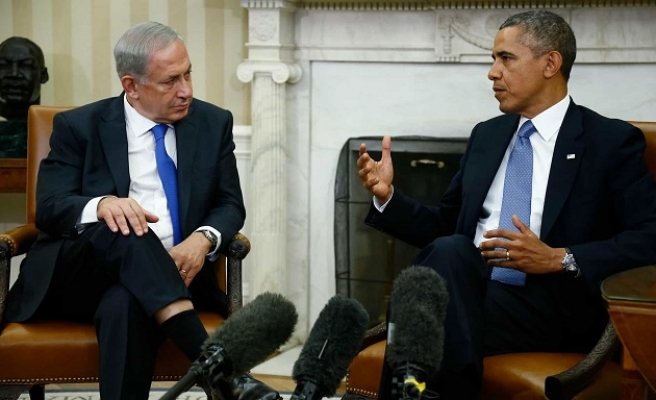 The episode was just the latest sign of frosty relations between the two leaders on the eve of US Vice President Joe Biden's visit to Israel.

An Obama aide said the Israeli government had requested a meeting to take place on March 17 or 18, and the White House had responded selecting the latter date two weeks ago.

"We were looking forward to hosting the bilateral meeting, and we were surprised to first learn via media reports that the prime minister, rather than accept our invitation, opted to cancel his visit," said National Security Council spokesman Ned Price.

"Reports that we were not able to accommodate the prime minister's schedule are false."

Israel and the United States have been seeking to move past deep disagreement over the Iran nuclear accord, which Netanyahu strongly opposed, and work out a new 10-year defense aid package.

The current deal grants Israel some $3.1 billion annually, in addition to spending on other projects such as missile defense.

Netanyahu's visit in Washington would have coincided with the annual conference of pro-Israeli lobby AIPAC in which he has previously participated.

Biden's trip, due to begin Tuesday, comes amid a five-month wave of violence in Israel and Palestine that has killed 181 Palestinians and 28 Israelis.

The White House said on Friday that Biden would not be pursuing any major new peace initiatives during his visit.

Obama has acknowledged that there will be no comprehensive agreement between Israelis and Palestinians before he leaves office in January 2017.

His administration's tough criticism of Israeli settlement-building in the occupied West Bank has added to tensions between the two longstanding allies.

In recent months, however, the US and Israel had sought to reaffirm the strength of their ties.