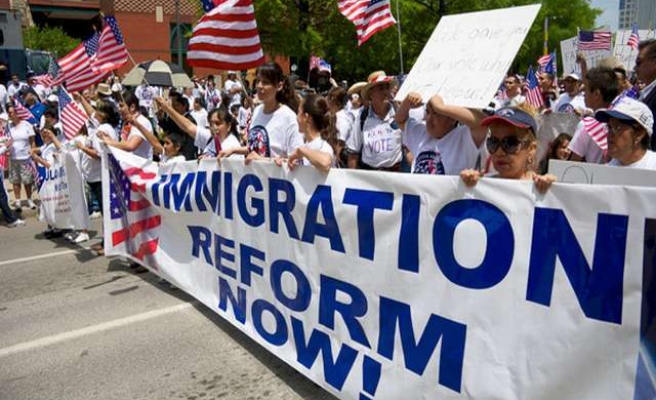 The Obama administration warned lawmakers on Thursday that U.S. border control agencies would run out of money and migrant children would run out of beds if Congress did not approve $3.7 billion in funds to address an influx of people from Central America.

Days after the White House put forward its request for emergency funding to address the humanitarian crisis at the southwest U.S. border, Department of Homeland Security Secretary Jeh Johnson pressed the need for lawmakers to approve the request.

U.S. Immigration and Customs Enforcement and U.S. Customs and Border Protection would run out of funds by mid-August and mid-September, respectively, without the emergency cash, he said at a Senate Appropriations Committee hearing on the request.

Health and Human Services Secretary Sylvia Mathews Burwell said her department would run out of beds in temporary housing facilities if the number of unaccompanied children crossing the border continued into August at the same rate seen in May and June.

More children would be held in detention centers or "holding pens" at the border for long periods of time, she said at the same hearing.

The warnings from the officials came as support appeared to be growing for legislation that would make it easier for the Obama administration to deport thousands of Central American children who have migrated illegally.

House of Representatives Speaker John Boehner expressed support for changes to immigration law that would let the United States deport children from Guatemala, Honduras and El Salvador as quickly as it does those from Mexico.

U.S. law allows Mexican minors to be sent back promptly, although there are some steps those children can take to try to remain in the United States. A 2008 victims trafficking law requires that children from countries not bordering the United States, including those in Central America, be given added legal protections before they are deported.

Regarding children from those countries, Boehner told reporters, "I think clearly we would probably want the language similar to what we have with Mexico."

In a letter to congressional leaders last week, President Barack Obama proposed giving the Department of Homeland Security additional authority to process the return and removal of unaccompanied children from Guatemala, Honduras and El Salvador.

Obama, battling political pressure to halt the influx of child migrants along the Texas border with Mexico, asked Congress for the emergency funds earlier this week.

Many Democrats and immigration advocacy groups have strongly opposed changing the trafficking law, but congressional leaders indicated they might not block such legislation if it is tacked onto the spending bill.

House Democratic leader Nancy Pelosi said on Thursday she would prefer the law be changed to give Mexican children the same protections as those from Central America.

However, she said the issue should not stand in the way of quickly getting Obama the emergency funds he is seeking.

Harry Reid, leader of the Democratic-controlled Senate, said he would not block an amendment to change the 2008 trafficking law, but would have to see what comes to the floor.

Senator Dianne Feinstein, a Democrat from California, said the administration could use a clause in the law that allows for exceptions under special circumstances to speed up the deportations without changing the law itself.

More than 52,000 unaccompanied minors from the three countries have been caught trying to sneak over the border since October, double the number from the same period a year earlier.

Both Democrats and Republicans have been pressing for changes to address the child migrant issue, but the money is not guaranteed.

"We're not giving the president a blank check," said Boehner, leader of the Republican-controlled House.

Boehner said the House should act on some sort of immigration legislation this month. He has formed a working group of lawmakers to study options.

White House spokesman Josh Earnest, traveling with Obama in Texas, said the president was willing to negotiate on his request but noted it reflected the priorities Republicans have identified, including more immigration judges and additional border resources.