WikiLeaks posts CIA memo on US as 'exporter of terrorism'

The United States has long been an "exporter of terrorism", according to a secret CIA analysis released Wednesday by the Web site WikiLeaks. 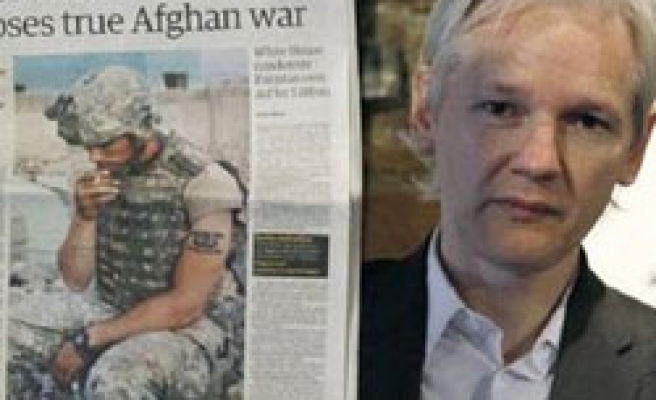 The United States has long been an "exporter of terrorism", according to a secret CIA analysis released Wednesday by the Web site WikiLeaks.

The three-page document addressed the hypothetical question of the impact on the United States if Americans were found to be operating abroad to carry out acts of terrorism.

The document was prepared by the CIA's "red cell", a unit responsible for preparing analysis papers from an adversarial perspective.

It is the latest classified memo to be published by the whistle-blowing website, which last month released more than 70,000 secret military documents on the allied war in Afghanistan, prompting an FBI investigation.

It notes that a number of Americans have travelled overseas to commit violent acts, like David Headley, the Pakistani-American man who helped the Mumbai attackers in 2008; and Baruch Goldstein, the Jewish extremist who killed dozens of Palestinians in Hebron in 1994.

US citizens also provided "financial and material support" for armed groups in Northern Ireland: much of the funding for the Irish Republican Army, for example, came from Irish-Americans.

"Contrary to common belief, the American export of terrorism or terrorists is not a recent phenomenon," the report said.

"Nor has it been associated only with Islamic radicals or people of Middle Eastern, African or South Asian ethnic origin."

The latest memo said the United States could lose leverage over allies to co-operate on terrorism, particularly on "extra-judicial activities".

"If the US were seen as an 'exporter of terrorism,' foreign governments could request a reciprocal arrangement that would impact US sovereignty," it said.

It said foreign governments could request information on U.S. citizens or request their "rendition," or the secret, extra-judicial transfer of a terrorism suspect abroad.

"U.S. refusal to co-operate with foreign government requests for extradition might lead some governments to consider secretly extracting U.S. citizens," the report said.

It also warned of potential obstruction of U.S. efforts and cited an Italian case against CIA agents, who were convicted last year of kidnapping a terrorism suspect in Milan and flying him to Egypt, where he says he was tortured during questioning.

"The proliferation of such cases would not only challenge US bilateral relations with other countries but also damage global counterterrorism efforts," it said.

The CIA played down the paper's significance, noting Red Cell teams of analysts were tasked with taking up hypothetical scenarios and presenting alternate views, divergent from mainstream thinking.

"These sorts of analytic products – clearly identified as coming from the Agency's 'Red Cell' – are designed simply to provoke thought and present different points of view," said spokesman George Little.