"WikiLeaks.org is presently under attack," said a message on WikiLeaks' Twitter page, which is believed to be controlled by Julian Assange. 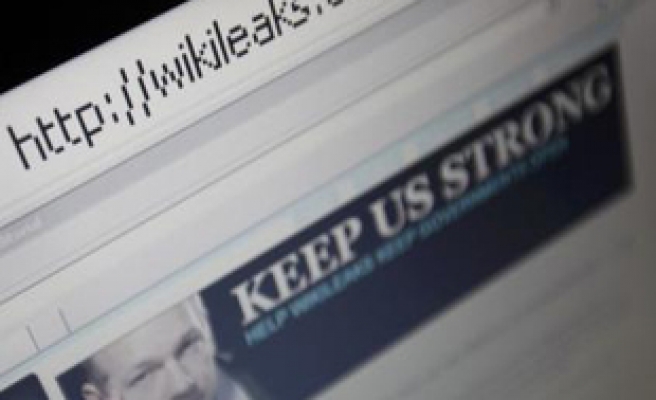 WikiLeaks said its website had been the target of a cyber attack late on Tuesday as it proceeded with the release of thousands of previously unpublished U.S. diplomatic cables, some still classified.

"WikiLeaks.org is presently under attack," said a message on WikiLeaks' Twitter page, which is believed to be controlled by Julian Assange, the controversial Australian-born founder and chief of the whistle-blowing organization.

WikiLeaks later described the problem as "a cyber attack". In a subsequent message on its Twitter feed, it said the website was back up though some users were having problems accessing it.

The U.S. cables which the website said it is dumping onto the public record appear to be from a cache of more than 250,000 State Department reports leaked to the group. WikiLeaks began releasing the cables in smaller batches late last year, but until now had made them public in piecemeal fashion.

Several news organizations around the world, including Reuters, have had complete sets of the cables for months. But for the most part, media outlets have only cited or published cables when publishing specific news or investigative stories based on them.

A person in contact with Assange's inner circle told Reuters recently that dismay among WikiLeaks activists over media organizations lost interest in publishing stories based on the material was the rationale for the mass release of documents.

The source described Assange and his associates as "frustrated" at the lack of media interest.

Last year WikiLeaks and Assange were celebrated after their release of State Department cables, tens of thousands of other secret U.S. files, and a classified video of a contested American military operation in Iraq.

Since then public interest in WikiLeaks has waned. It may have suffered from publicity related to Assange's flight to Britain after sexual misconduct allegations were made against him in Sweden and a subsequent protracted extradition fight.

Assange, who has denied any wrongdoing, has also publicly feuded with former collaborators.

A person close to Assange said a British appeals court is due to rule early next month on his appeal against Sweden's extradition request. The source was unaware of any link between the latest document dump and the anticipated court decision.