"If Bradley Manning's most serious charge of aiding the enemy is permitted to stand... it will be the end of national security journalism in the United States," Assange said 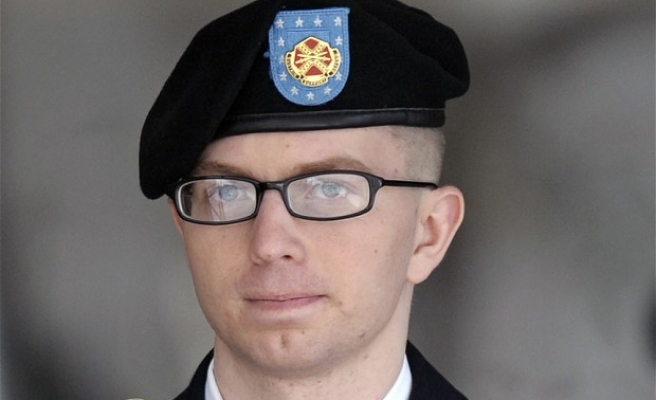 The U.S. soldier accused of the biggest leak of classified information in the nation's history is a whistleblower, and not a traitor as the government claims, Bradley Manning's defense lawyer said at his court-martial on Friday.

Army Private First Class Manning spilled secrets to the WikiLeaks anti-secrecy website because he wanted to provoke a broader debate on U.S. military and diplomatic policy out of concern for fellow Americans, the defense asserted.

"That is a whistleblower, period. That is somebody who wants to inform the American public," defense lawyer David Coombs told Army Colonel Denise Lind, who is presiding over the trial.

Manning, a native of Crescent, Oklahoma, is accused of 21 criminal counts, the most serious of which - aiding the enemy - carries a life sentence.

Prosecutors, in five hours of closing arguments on Thursday, called the 25-year-old intelligence analyst a traitor, not a whistleblower, for releasing more than 700,000 documents through WikiLeaks. They said the short, bespectacled Manning had betrayed the trust his nation put in him when he released documents on the Iraq and Afghanistan wars.

In an effort to deflate the prosecution's argument that Manning aided the enemy by sharing secrets with WikiLeaks, Coombs said: "Giving information to the world ... does not give intelligence to the enemy."

Coombs concluded his summation, which was to be followed by the prosecution's rebuttal case, by posing the question he said the judge must ask herself.

"Is he a traitor, had no loyalty to country or flag, and wanted to systematically harvest and download as much information as possible for his true employer, Wikileaks? Or is he a young, naïve, but good-intentioned soldier who had human life and humanist beliefs centered in his decisions?" Coombs said.

Earlier on Friday, Coombs played a video of a 2007 attack in Baghdad by an Apache helicopter gunship that killed a dozen people, including two Reuters staffers and told the judge that Manning slipped the footage to WikiLeaks out of concern for human life.

"He's being troubled by what he is seeing ... These are real people dying," Coombs said.

In the footage, shown in three separate clips, a wounded man crawling on the sidewalk is targeted for further gunfire before a van carrying children picks him up and also receives gunfire.

"The guy's down, clearly wounded. We're going to shoot him some more. They laugh about that," Coombs said.

He also displayed a photo that Manning took of himself after sending documents to WikiLeaks, which prosecutors had described as "a picture of a person who thought he'd finally become famous."

Instead, Coombs said, the photo showed a gay young man who had been struggling with his sexual identity during his military service finally feeling at ease with himself.

"You see he's wearing makeup. You see the fact that he has a bra on. What you see there is a young man who is cross-dressing. Just maybe that person is smiling because he can be himself at that moment," Coombs told the judge.

The case has pitted civil liberties groups, which seek increased transparency into the actions of the U.S. military and security apparatus, against the government, which has argued that the low-level analyst, who was stationed in Baghdad at the time, endangered lives.

The WikiLeaks website, which in Manning's case published classified files, combat videos and diplomatic cables, has become controversial both for exposing secret data and for its founder, Julian Assange, who has been staying in the Ecuadorean Embassy in London for more than a year to avoid extradition to Sweden for alleged sex crimes.

"If Bradley Manning's most serious charge of aiding the enemy is permitted to stand... it will be the end of national security journalism in the United States," Assange said in a telephone news conference with Daniel Ellsberg, who disclosed the so-called Pentagon Papers during the Vietnam War.

Ellsberg told reporters, "Bradley Manning is no more a traitor than I am. And I am not."

They noted rising tension between court martial guards and journalists covering the proceedings, including warnings not to access certain Internet sites while in the military court. A sketch artist who drives a WikiLeaks vehicle, Clark Stoeckley, was ejected from the building on Friday and banned from returning for what an Army spokesman said was "posting threatening messages regarding some of the court-martial participants."

The exact nature of those messages could not be immediately determined.

Manning was arrested in May 2010 while serving in Iraq. He chose a trial by a military judge, rather than a panel of military jurors.

In February, Manning pleaded guilty to lesser charges, including misusing classified information, such as military databases in Iraq and Afghanistan and files pertaining to Guantanamo Bay detainees.

The court-martial has recently been overshadowed to some extent by the case of fugitive U.S. spy agency contractor Edward Snowden, who revealed to Britain's Guardian newspaper early last month the details of alleged secret U.S. surveillance programs tracking Americans' telephone and Internet use.