The fires have blackened more than half a million acres across Idaho, Washington, Oregon and California, destroying homes and outbuildings. 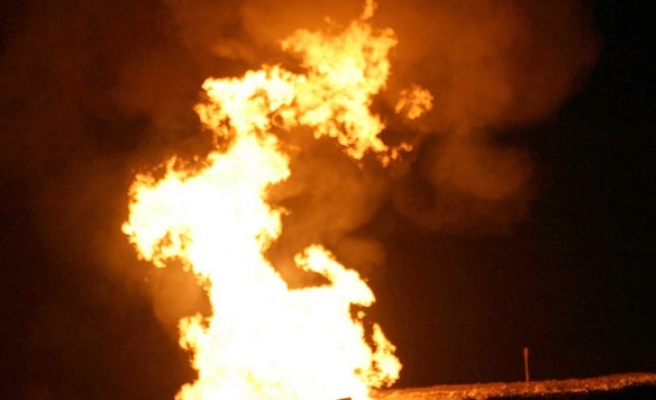 Wildfires roared out of control across the sun-scorched U.S. West on Wednesday and threatened to engulf two small towns in Idaho as firefighters managed to partially dampen a monster blaze that has destroyed more than 60 homes in Washington state.

All told, the fires have blackened more than half a million acres across Idaho, Washington, Oregon and California, destroying homes and outbuildings, forcing hundreds of people to evacuate ahead of the flames and killing a young firefighter.

In Idaho, authorities told some 1,000 residents around the south-central communities of Featherville and Pine to prepare for evacuation as a blaze that has consumed more than 63,000 acres raged just miles from the two towns.

"We're adopting a posture that it's not if it's going to hit Featherville and Pine, but when," Elmore County Sheriff's Office spokesman Gary Walker said, adding that the early warning was designed to prevent "a big, mass confusion once we have to get people out of there."

The blaze was 5 percent contained, and roads to the two high mountain desert towns about 50 miles southeast of Boise have been blocked to everyone except residents and firefighters.

"The prediction is it's going to burn until we get a weather pattern that brings a season-changing event, a substantial amount of snow or rain," Hampton said, adding there was a high probability that the fire would make a run into the towns over the next two days.

Wildfires have consumed roughly 6 million acres across the nation so far in 2012, above the 10-year average of 4.9 million acres, figures from the National Interagency Fire Center show.

In Washington state, firefighters battling the destructive Taylor Bridge Fire tearing through grasslands and wooded areas between the towns of Cle Elum and Ellensburg were aided by a shift in winds and said they hoped to have a quarter of the blaze under control by Wednesday evening.

Incident commander Rex Reed said Wednesday marked "a good day" for firefighters working against a blaze that has already gutted 60 homes and a number of other structures since it erupted on Monday afternoon at a construction site near Cle Elum, about 70 miles southeast of Seattle.

But thick smoke still hung over Cle Elum, and Reed said officials worried that winds that died down overnight could shift again and drive flames north into the Wenatchee National Forest or east toward farm communities.

"I don't know if our house is still there," said Victoria English, 30, as she sat at a fruit stand along Interstate 90 southeast of Cle Elum. "It doesn't look good."

Other residents with houses threatened by the fire stayed behind, determined to protect their homes as best they could.

"I just remodeled the back of my house," said Brian Ebinger, who watered his lawn while smoke from the 22,600-acre fire rose from the nearby hills. "I ain't going to give up that easy."

In California, 8,000 firefighters battled wildfires up and down the state that forced the evacuation of three southern California communities, closed parks and campgrounds, and threatened homes and a major power-transmission line.

In northern California, firefighters had largely contained two fires that had burned a combined 8,000 acres and threatened hundreds of homes and a clothing-optional hot-spring resort in Lake County.

In San Diego County, five lightning-sparked fires charred some 9,000 acres in and around Anza-Borrego Desert State Park. The nearby communities of San Felipe and Ranchita had to be evacuated, along with the park's campground, Riverside County Fire spokeswoman Blanca Mercado said.