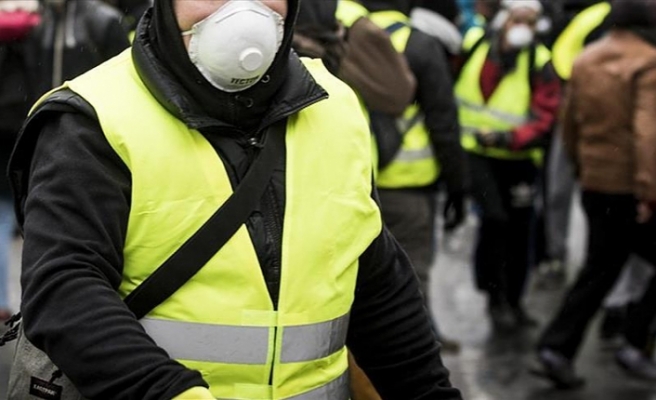 Protestors wearing yellow vests, inspired by the rallies that have been taking place in France over one month, took the streets in various cities across Canada on Saturday.

The protestors held rallies in eight cities of the country; Edmonton, Toronto, Winnipeg, Okanagan, Moncton, Calgary, Saskatoon, and Halifax to protest the government’s policies and the UN migration pact.

Some 60 protesters gathering at Nathan Philips Square at Toronto City Hall also blasted a lack of freedom of speech in the country as well as the UN migration pact.

The rallies in Edmonton and Winnipeg were held against the UN migration pact. Freedom of speech was also protested in Okanagan.

The demonstrations across the country ended peacefully, with no signs of police intervention.

Since Nov. 17, thousands of protesters wearing bright yellow vests -- dubbed the Yellow Vests -- have been gathering in major French cities, including the capital Paris, to protest Macron's controversial fuel tax hikes and the deteriorating economic situation.

During demonstrations, at least four people have been killed and more than a thousand others wounded.