1 in 10 US voters think Obama is Muslim: Poll

One in 10 US voters believes Obama is Muslim, a mistaken impression that lingers across party lines, a poll showed. 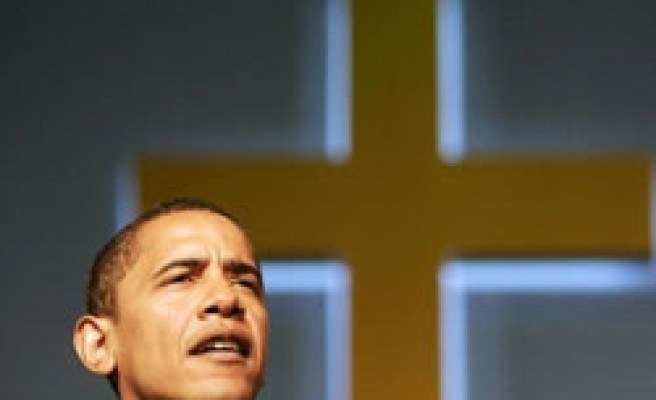 One in 10 voters believes Barack Obama is Muslim, a mistaken impression that lingers across party lines, a poll showed Wednesday.

Fourteen percent of Republicans, 10 percent of Democrats and 8 percent of independents mistakenly think he is Muslim, according to a survey by the nonpartisan Pew Research Center. Just over half of each group correctly identified him as Christian, while about a third said they don't know his religion.

The false rumor that the Democratic presidential candidate and Illinois senator is Muslim has been fanned on the Internet and conservative talk radio.

It has persisted despite the recent controversy over divisive remarks by his longtime pastor at the Trinity United Church of Christ, the Rev. Jeremiah Wright. Those saying they have heard a lot about Wright's comments are about as likely as others to say they think Obama is Muslim, the poll showed.

Conservatives, less educated voters and white evangelical Protestants are likelier to believe Obama is Muslim, as are people from the South, the Midwest and rural areas, the poll showed. Nearly a quarter of white Democrats with unfavorable views of Obama say he is Muslim though overall, blacks are about as likely as whites to hold the misconception.

In an Associated Press-Yahoo News poll in January, 4 percent offered the word "Muslim" when asked to describe Obama.