Ten people were found dead after a fire swept through a cafe in a Russian city, police and emergency officials said Monday, and prosecutors indicated they suspect arson. 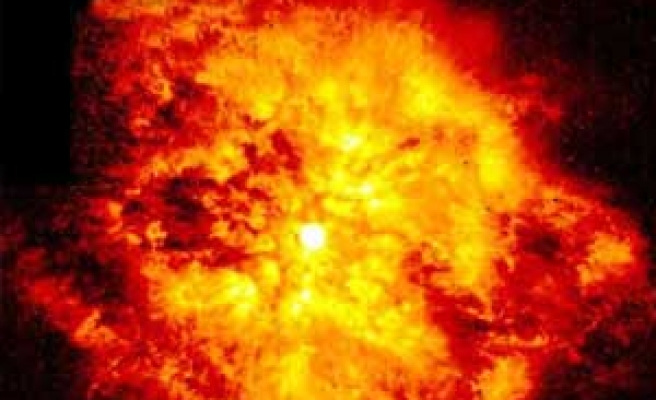 Ten people were found dead after a fire swept through a cafe in a Russian city, police and emergency officials said Monday, and prosecutors indicated they suspect arson.

The early morning blaze gutted a small cafe and bar at a market in the city of Orsk, about 870 miles southeast of Moscow.

The bodies of five men and five women were found, regional Emergency Situations Ministry spokesman Vladislav Zubchenko told The Associated Press. He said all the victims were believed to have been found.

Officials initially said the fire followed an explosion, but Zubchenko and other officials later said the cause of the blaze was unclear. Witnesses reported hearing loud banging noises around the time the fire broke out, but the source of the noise was unclear, Zubchenko said.

Prosecutors launched a criminal investigation on suspicion of murder, suggesting they believe it was an arson attack. The victims included the cafe's owner, who may have been celebrating her birthday, as well as employees and patrons, Zubchenko said.

State-run Rossiya television reported that investigators were not ruling out the possibility that the victims were killed before the fire broke out and that the cafe was set ablaze in an attempt to destroy evidence. Regional emergency official Pyotr Lashko said on Rossiya that one of the victims had a knife wound.

Television networks showed footage of the gutted, blackened interior of the cafe and workers carrying a body out in a black bag.

Orsk is a city of about 250,000 people in the Orenburg region near the border with the ex-Soviet republic of Kazakhstan.

Commercial disputes have been blamed for occasional bombings and arson attacks at offices, stores, restaurants and other establishments in Russia. Large food and goods markets are chaotic, often including a mix of ethnic groups, and sometimes the site of violence.
Last Mod: 14 Mayıs 2007, 11:30
Add Comment