Hejaz Railway was to establish a connection between Istanbul and Hijaz in Arabia, the site of the holiest shrines of Islam and the holy city of Mecca. 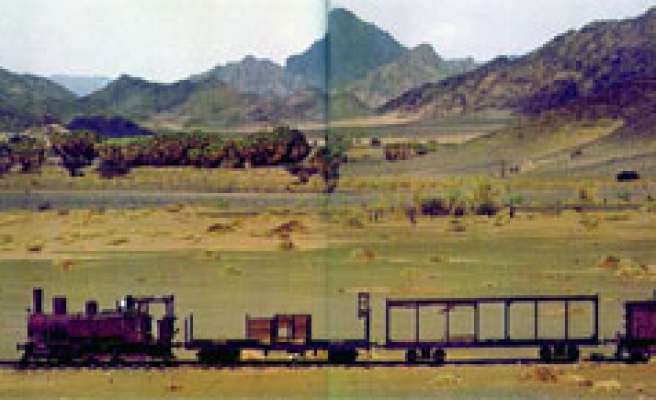 100th anniversary of Hijaz Railway celebrated with a ceremony in Hijaz Railway station of Damascus. Celebration will take a week.

There is two point about Hijaz Railway's importance. First, Ottoman aimed to ease travel of Muslim pilgrims. That's why the railway unites several important Arabic countries and this is the second point.

The main purpose of the Hejaz Railway was to establish a connection between Istanbul, the capital of the Ottoman Empire and the seat of the Islamic Caliphate, and Hijaz in Arabia, the site of the holiest shrines of Islam and the holy city of Mecca, which is the yearly pilgrimage destination of the Hajj. Another important reason was to improve the economic and political integration of the distant Arabian provinces into the Ottoman state, and to facilitate the transportation of military troops in case of need.

Syria Prime Minister Mohammad Naji al-Otari spoke on the ceremony that Arabic world need to improve railway's activity although the conditions in the region has changed since the beginning of 20th sentury.

He said that if countries in the region support Hijaz Railway with cultural, social and touristic events, this will be usefull for everyone.

"Although means of transport have developped, the railway had not lost its importance,"
he said.

Ottoman Empire originally built the railway to transport pilgrims from Damascus to Madinah. The idea was first conceived in 1864, during a time of great expansion in railway engineering, but it was not until 40 years later that the initial idea came to fruition.

The concept of the railway presented a financial as well as an engineering challenge, requiring a budget of some £8 million pounds. Contributions from the Turkish sultan Abdul Hammed, the Khedive of Egypt, and the Shah of Iran helped to raise the money. Other contributions came from the Turkish Civil Service and armed forces, and from various fund-raising efforts.

Construction, maintenance and guarding of the line all presented enormous difficulties, mainly undertaken by 5,000 Turkish soldiers. Apart from the unpredictable -- and often hostile -- local tribesmen, variations in the terrain itself made construction difficult.

After the First World War, and until as recently as 1971, several attempts were made to revive the railway, but the scheme proved too difficult and too expensive. Road transport was now established and, by the Seventies, aviation had made rapid progress. The railway was rapidly superseded and the huge old steam locomotives clanked sadly to their final halt. But the romance of the railway remains alive.