11 Asians kidnapped in Nigeria after shootout 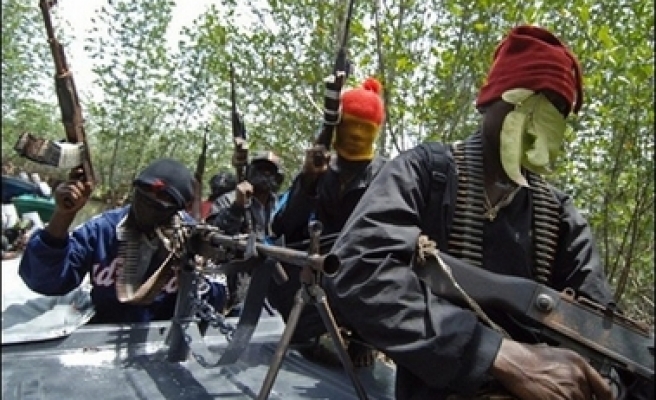 Construction company officials in Seoul said the shootout lasted for 40 minutes but refused to confirm a report by Seoul's Yonhap news agency that several people were dead or injured.

"Three Koreans from Daewoo Engineering and Construction, eight Philippine workers and a local driver have been kidnapped by a group of armed insurgents," a foreign ministry spokesman said.

They were seized at a power plant construction site near Port Harcourt in the Niger Delta area, he said.

A total of 1,755 workers including 148 Koreans were at the site, which has been guarded by Nigerian soldiers and security officials, Daewoo spokesman Huh Hyon said.