Two of the police officers are having surgical operation. 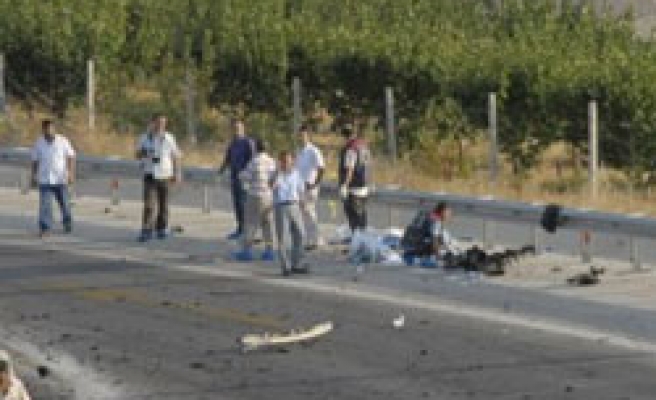 The explosion occurred when police stopped a white car which they had been following after a tip off on Adana-Mersin motorway. The person in the car caused the blast after realizing he would be caught and he died on the spot.

Two of the police officers are having surgical operation.

Huseyin Aksoy, governor of southern province of Mersin, said, "we suspect a suicide bombing. The investigation is under way."