At least 13 civilians were killed in a raid by U.S.-led forces battling the Taliban, an Afghan official said on Friday, bringing to 70 the number of such deaths reported this week. 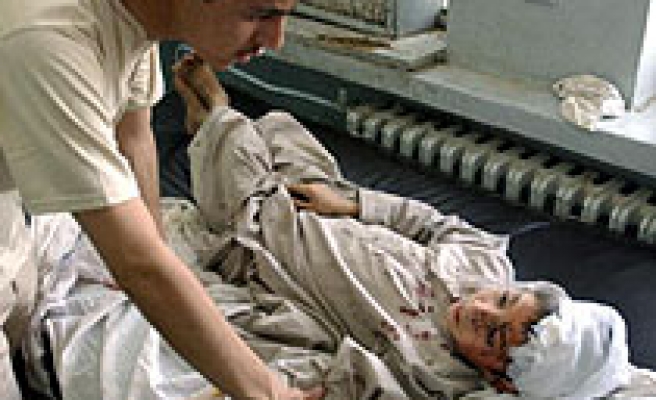 At least 13 civilians were killed in a raid by U.S.-led forces battling the Taliban, an Afghan official said on Friday, bringing to 70 the number of such deaths reported this week.

The rising toll of civilian casualties will put further pressure on President Hamid Karzai, who warned this week of serious consequences for all if the bloodshed did not stop.

The civilians were killed in bombing on Tuesday night in the Maroof district of southern Kandahar province, near the border with Pakistan, said Janan Gulzai a provincial assembly member.

"I saw all the victims are civilians," Gulzai who was a member of a government team investigating the incident, told Reuters.

"We cannot accept the killing of Afghan civilians by anyone."

The civilians were traveling in three cars along the same stretch of road as coalition troops near the town of Spin Boldak when the troops came under Taliban fire, said Ghulam Farooq, a resident of the area.

The 13 civilians were killed when coalition warplanes were summoned to bomb the area while the Taliban escaped, he said.

A spokesman for the U.S. military said he had no information about the report and would check.

Protesters -- angry over civilian deaths reported in the western province of Herat and in the east of the country -- called this week on Karzai to quit, saying he was powerless to stop the killing.

Several hundred people staged another anti-U.S. and anti-Karzai protest on Friday over the civilian deaths in the east, residents said.

They briefly blocked a road where a convoy of the coalition forces was passing, but police dispersed the crowd and the protest ended.