Nigerian men freed 12 foreign hostages and one Nigerian in the oil-producing Niger Delta on Monday. 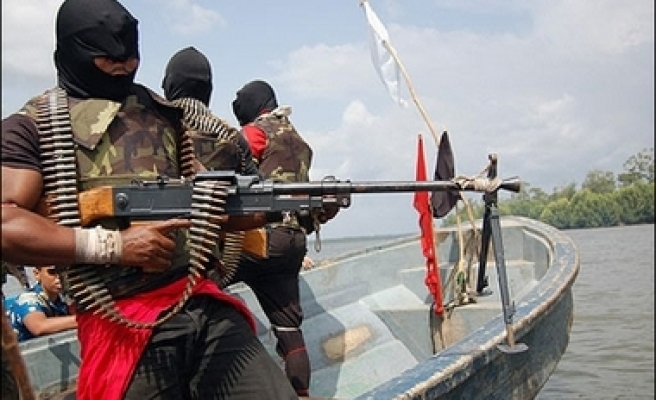 Nigerian men freed 12 foreign hostages and one Nigerian in the oil-producing Niger Delta on Monday.

The release of the 13 men, including five Britons and three Americans, in Bayelsa state was the latest sign of easing tensions in Africa’s top oil producer after Yar’Adua promised to address grievances in the impoverished region.

The other freed hostages were two Indians, one Filipino and one South African.

A faction of the rebel Movement for the Emancipation of the Niger Delta (MEND) had earlier sent an email to the media announcing the release of hostages. Last Mod: 12 Haziran 2007, 10:31
Add Comment