Palestinian security officials declined to comment on the arrests, which took place in the city of Nablus. 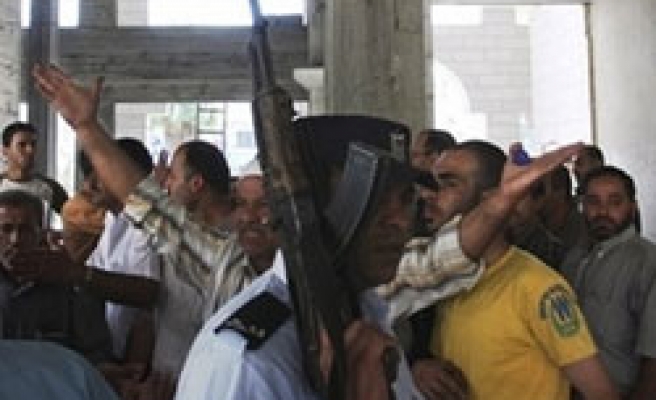 Palestinian security forces arrested 15 Hamas members, including four university lecturers, in the occupied West Bank on Thursday, in the latest sweep by Fatah against the Islamist group, witnesses said.

Palestinian security officials declined to comment on the arrests, which took place in the city of Nablus. But relatives of those detained confirmed the arrests, which were also reported online by a number of pro-Hamas Web sites.

Witnesses said four lecturers at Al-Najah University in the city were among those detained by forces loyal to President Mahmoud Abbas and his Fatah faction.

Tensions between the factions spiked after a series of bombings last week in the Gaza Strip, which Hamas seized from rival Fatah forces a year ago.

Hundreds of Palestinians have since been arrested in tit-for-tat sweeps by Fatah in the West Bank and Hamas in the Gaza Strip. Hamas blamed Fatah for the blasts, a charge Fatah denied.