17 people including a three-year-old child were killed and 154 others were injured in two separate bomb attacks in Gungoren neighborhood of Istanbul on Sunday. 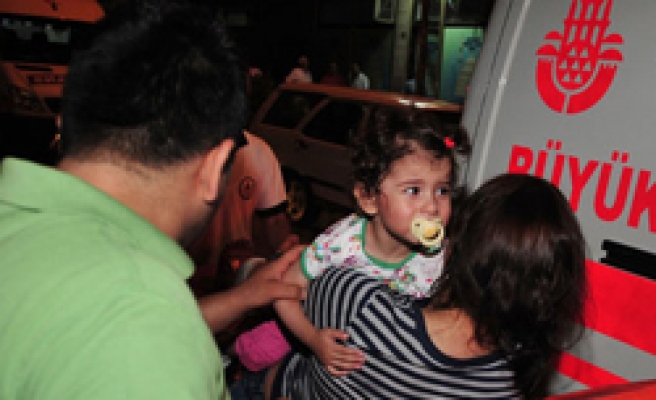 17 people including a three-year-old child were killed and 154 others were injured in two separate bomb attacks in Gungoren neighborhood of Istanbul on Sunday.

"It is certain that this is a terror attack," Muammer Guler, governor of Istanbul, said.

"The bombs were placed in rubbish bins. It was not a suicide bombing. The blasts occurred in a very busy district and this raised the casualties. Sixteen citizens lost their lives in this heinous attack," he said.

Guler said that bombs were quite powerful and caused heavy damage in the neighborhood.

"We know it is a terrorist attack, but which organization is responsible, we don't yet have that information," State Minister and Deputy Prime Minister Hayati Yazici said after visiting the scene of the attacks.

Police cordoned off the scenes of the explosions to collect evidence.

Witneesses said that the second explosion was more powerful than the first one.

Ramazan Ekici, one of the witnesses, told the A.A, "the first explosion occurred at about 9:45 p.m. local time. Then, we heard a second and stronger blast some 8-10 minutes later. Many people were injured in the second blast after they rushed to the area to help the casualties of the first explosion. The avenue where the explosions occurred was closed to the traffic and there were many people walking around."

A crisis center was set up at the Governor's Office after the explosions.

The center said that 14 of the injured people were in life-threatening condition.