180,000 displaced after strong quake in China

About 180,000 people have been displaced and 90,000 houses have collapsed following the earthquake in Yunnan Province, according to the Ministry of Civil Affairs. 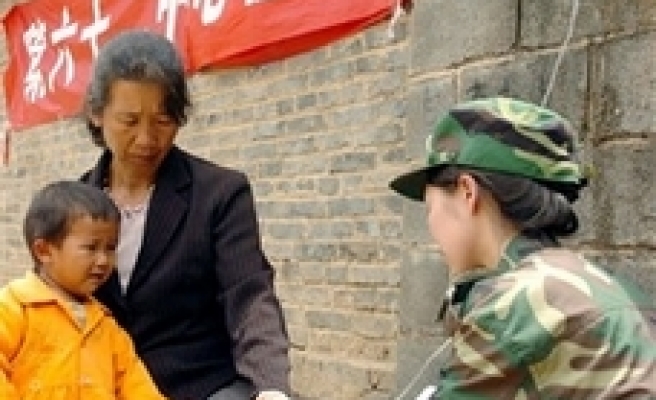 About 180,000 people have been displaced and 90,000 houses have collapsed following the earthquake in Yunnan Province, according to the Ministry of Civil Affairs.

At least three people, including a four-year-old boy, were killed and 313 injured in the quake which hit the tea-producing Pu'er City and its surrounding area early on Sunday morning, when most people were in bed. Twenty-eight seriously injured people are still receiving treatment in hospital.

The area has been rocked by 1,026 aftershocks, three of which measured more than 3.0 on the Richter scale with the largest registering 5.1. Experts warn of the possibility of more aftershocks,

More than 2,000 army troops and armed police have joined the rescue efforts in the quake-hit county.

"The power and water supply, telecommunications and government office buildings were seriously damaged in the quake," said Kong Chuizhu, vice governor of Yunnan.

Among the resettled, 65,000 were evacuated from the badly affected Ning'er County. Most of them are living in tents or public places.

A total of 536,000 local residents were affected by the disaster.

The county has organized eight teams of 34 workers to carry out disinfection work in the worst-hit towns to prevent any epidemic, according to Yang Tianyi, director of Pu'er City.

"There have been no reports of an epidemic outbreak in the region, but we face a shortage of disinfectant," Yang said

Chinese President Hu Jintao, Premier Wen Jiabao and Vice-Premier Hui Liangyu have asked provincial government officials in Yunnan "to mobilize all resources available to treat the injured and minimize the losses of lives and property of the public."

A disaster-relief team, dispatched by the State Council, arrived in Pu'er on Sunday to direct the relief efforts.

Meanwhile, another team of experts dispatched by the Ministry of Communications will arrive in Yunnan on Tuesday to help with the reconstruction of damaged roads and bridges.

The Ministry of Civil Affairs and the Ministry of Finance have earmarked a living subsidy of 27 million yuan (about 3.5 million dollars) for the affected people. A total of 15,000 tents have been transported to the disaster area.

The most difficult aspect of the disaster relief work is the water shortage. "The tap water supply has been cut off, and the people there can only drink bottled water," said Liu Bin, a publicity official from Pu'er City.