Police arrested two lawmakers and at least 10 other members of the Muslim Brotherhood group Sunday as part of Egypt's ongoing campaign against the country's strongest opposition group, the government and the group reported. 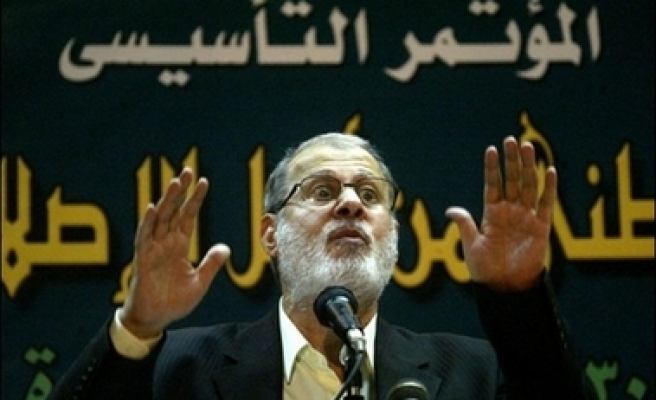 Police arrested two lawmakers and at least 10 other members of the Muslim Brotherhood group Sunday, the government and the group reported.

The Brotherhood posted a statement on its official Web site saying 14 members of the group had been arrested in the northern Nile Delta province of Menoufiya. However, the interior ministry issued a statement saying only 12 members were arrested for holding a secret meeting.

The Brotherhood has been banned since 1954 but has continued to operate and is Egypt's most powerful opposition movement. Its lawmakers, who run as independents, hold 88 seats in the 454-seat parliament.

Mohammed Habib, deputy leader of the Brotherhood, condemned the arrests, saying on the group's Web site that they "reveal the despotic policy of the regime."

The ministry statement identified the arrested lawmakers as Sabri Amer and Ragab Abu Zeid, recognized by the Brotherhood as the bloc's most important parliament members from Menoufiya.

Mohammed el-Naggar, a Brotherhood attorney and member of the group, said security forces stormed the Brotherhood's parliamentary headquarters in the province, detained the members for several hours while their houses were searched and finally took them away in a police van.
Last Mod: 30 Nisan 2007, 10:21
Add Comment